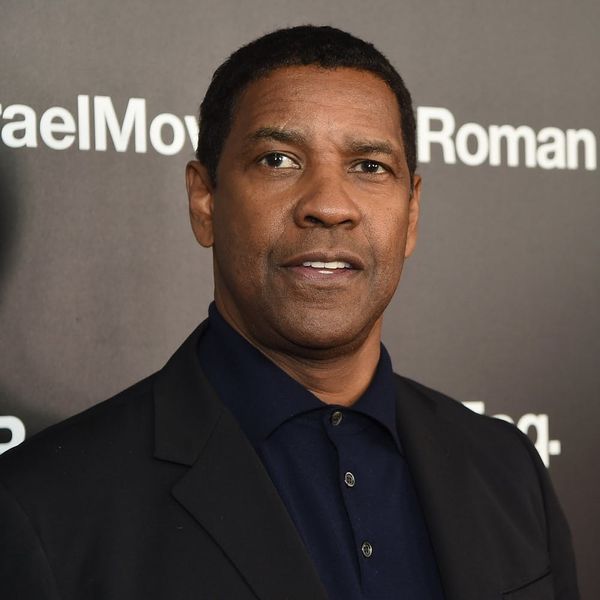 If you weren’t already aware, Drake is a huge fan of Denzel Washington. He’s such a fan, in fact, that he recently got the actor’s face tattooed on his body. Washington has finally seen the ink — and he has one big question.

Jimmy Fallon showed the Fences star a photo of the tattoo on The Tonight Show earlier this week. “I just don’t know what body part this is from on Drake,” the late-night host quipped. “Does anyone know Drake that well? Does anyone know what part — is this his arm? Is this his back? It’s got to be bigger than his arm.”

Washington was drawn into the mystery, replying, “Now you got me wondering, where is that?!”

While we can’t answer that for sure, the art in question looks to be next to another tattoo of the number six. Drake has at least two tattoos of the numeral on his body — one on his arm and one on his back, which makes it a little difficult to pinpoint the exact location.

He also has several tattoos of other people he admires, such as Aaliyah. “Oh… maybe I’m on there,” Fallon joked to Washington.

We’re not sure about that, but there are plenty of other people Drake could opt to honor with a new tat, including his on-again/off-again bae Rihanna, his mom, or his dad — who happens to have a massive tattoo of Drake’s face on his own arm. It seems like this is a tradition that runs in the family.

Do you have a tattoo of someone’s face? Let us know @BritandCo!

Desiree O
Desirée O is a ‘Professional Bohemian’ who loves anything and everything related to the arts, entertainment, and pop culture. She ADORES being a ‘Newsy’ for Brit + Co, covering all of the latest tidbits of awesomeness that you want to read about. When she’s not writing, she’s either making messy art, going on long adventurous walks with her camera, or poking around over at bohemianizm (http://www.bohemianizm.com/). You can find out about Desirée O and her work at http://DesireeO.com/ or follow her on Twitter @DesireeO.
Tattoos
Celebrity News
Tattoos
More From Celebrity News