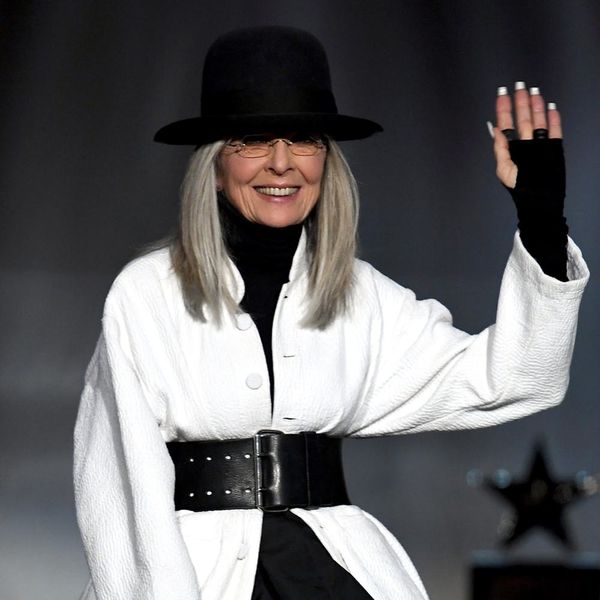 Actor Diane Keaton entered the fray on Monday evening with a tweet that made her stance on the controversy surrounding director Woody Allen crystal clear.

“Woody Allen is my friend, and I continue to believe him,” writes Keaton. “It might be of interest to take a look at the 60 Minute interview from 1992 and see what you think.”

Woody Allen is my friend and I continue to believe him. It might be of interest to take a look at the 60 Minute interview from 1992 and see what you think. https://t.co/QVQIUxImB1

In the 26-year-old video, Allen defends himself against allegations that he sexually molested his then seven-year-old adopted daughter, Dylan Farrow. At the time, Allen was investigated by Connecticut police but eventually cleared of charges. He refused to take a polygraph test administered by the state police but passed one that his own legal team gave him, which Connecticut police refused to accept as evidence.

Farrow has brought renewed attention to the allegations, first in 2014 in an open letter to the New York Times describing the alleged assault, and then in recent weeks as the #MeToo movement began gathering storm. In December, she wrote an op-ed for the Los Angeles Times calling out the movement for bringing down other men while passing over Allen. On January 18, Farrow told her story on television for the first time.

Allen has always vigorously denied the allegations, and for a while, Hollywood seemed to stand by him. But in recent weeks, numerous stars have vocally denounced the director, saying they will no longer work with him. Actors Timothee Chalamet and Rebecca Hall donated their salaries from his movies to charity. On Sunday, Kate Winslet became the latest actress to voice her regret at working with Allen.

Keaton’s name has been indelibly intertwined with Allen’s since she appeared in his seminal, Oscar-winning 1977 film, Annie Hall. She starred in eight of his films in total, and the two dated briefly in the early ’70s.

The response to Keaton’s support of Allen was swift. While the tweet received almost 4000 likes, it was also flooded with comments from individuals appalled at her defense. One of those individuals was the director and producer Judd Apatow, who responded with a pair of tweets:

I see a man who wanted what he wanted and didn’t care that he was having an affair with a 19 year old when he was 54 who was also his daughter’s sister.He also took nude photos of this child who he had known since she was nine and left them out for his family to see. Narcissism. https://t.co/uhiTY5p7bh

Woody Allen was so awful to that family and all of those kids, some of whom were refugees, some with disabilities.He is so proud of having no relationship with them. Can you imagine being around a family for a decade and not wanting to know any of the children? Heartbreaking. https://t.co/e0nweTB2HU

Keaton is one of a very few big names in Hollywood who continue to support Allen. Another vocal defender is Alec Baldwin, who took to a now-deleted Twitter account in mid-January to speak up for Allen.

“Woody Allen was investigated forensically by two states (NY and CT) and no charges were filed,” tweeted Baldwin. “The renunciation of him and his work, no doubt, has some purpose. But it’s unfair and sad to me. I worked with WA 3 times and it was one of the privileges of my career.”