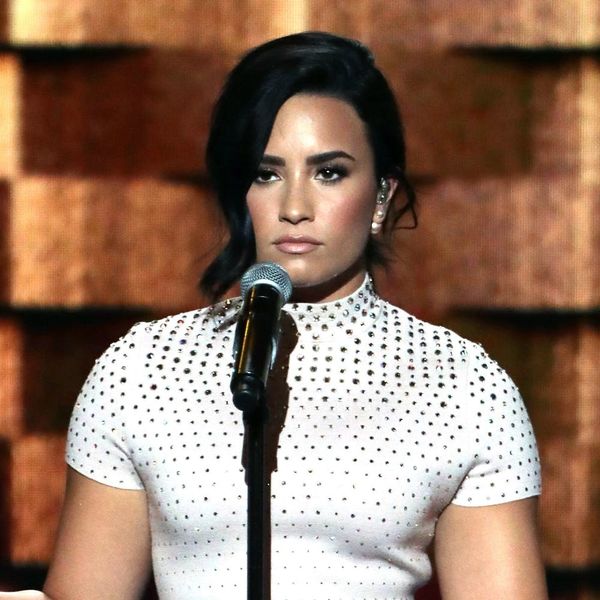 Ah, Demi Lovato — the unofficial queen of Twitter controversy. Following particularly brutal backlash after some not-so-PC comments regarding the Zika virus, she now has fans up in arms once again, trying to determine if her latest Tweet is a dig at ex-boyfriend Wilmer Valderrama.

E! confirmed via a private source on Thursday that Wilmer was dating his ex-girlfriend from 2012, Minka Kelly, once more, after the two were seen grabbing dinner together.

Coming just three months after Demi and Wilmer announced their split, the world turned to Demi for a reaction, and she may or may not have given one with the following statement, which left many scratching their heads.

Hmmm. We can’t say for sure if this was directed at Wilmer (though the timing certainly seems suspicious), but we CAN say we’re totally confused about where Minka fit into the picture at all. Reports have her dating Wilmer back in 2012, following a split with Derek Jeter — four years ago — and yet, Demi posted a six-year anniversary pic (supposedly of when the two met) back in January.

Inttterresssttting! It sounds like there may be more to this story after all.

Do you think Demi’s Tweet was meant for Wilmer or totally unrelated? Let us know over @BritandCo!

Nicole Briese
Nicole is the weekend editor for Brit + Co who loves bringing you all the latest buzz. When she's not busy typing away into the wee hours, you can usually find her canoodling with her fur babies, rooting around in a bookstore, or rocking out at a concert of some sort (Guns N' Roses forever!). Check out all her latest musings and past work at nicolebjean.com.
Celebrity Couples
Celebrity News
Celebrity Couples