Devon Sawa Just Hinted at a Casper Sequel on Twitter 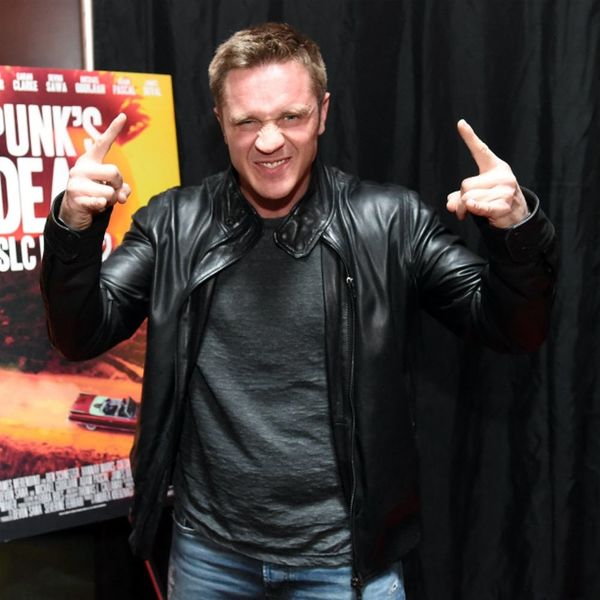 For a lot of us, the first time we ever had a movie crush came when we watched Christina Ricci and Devon Sawa in Casper (or Now and Then… take your pick). While the actors have moved on and we’ve grown up (slightly), our ’90s nostalgia seems to be really far-reaching these days. While we’ve mostly been enjoying ’90s makeup trends, Devon has us reminiscing about our fave movies of yore this week as well, all because of a single Tweet.

In a series of seemingly late-night posts, everyone’s former tween heartthrob announced that he was “ready” to return for Casper 2. How (and when!) exactly the now 38-year-old would be a part of the project is beyond us, but we have to admit, we’d watch it.

Alright, I know it's been awhile.. but I think I'm finally ready to do a Casper sequel.

Devon is known for his hilarious Twitter feed these days, so it’s possible that his admission that he’d play the real-life version of the ghost again could just be a joke (albeit a cutting one for those who were totally in love with him in the original).

He also called out his Now and Then script writer (and current Pretty Little Liars writer) I. Marlene King for a sequel of Now and Then before crushing our hopes and dreams for a Casper 2: Ouch.

Actually I'm not ready for Casper 2 yet. Good night.

Frankly, we don’t know WHAT to think, but maybe his tweets will see a major studio reboot of the coming-of-age ghost movie after all. Since he’s a parent now himself, we’re sure he’d fit right in as the dad, originally played by Bill Pullman. But which current heartthrob can fill his mighty shoes as the real life boy? We’ll leave that to the casting directors.

Would you watch a Casper reboot? Tell us @BritandCo!

Kat Armstrong
Kat has been a writer, social media maven and mom for longer than she's willing to admit. She's also spent time in front of and behind the camera, interviewing celebs, politicians and acting as a producer for fashion and artistic photography shoots. When she isn't writing for various orgs and publications, she's hanging with her kids, husband and French Bulldog, Peter, in Toronto, Canada.
twitter
Pop Culture
twitter