Did You Look at the Eclipse Without Eye Protection? Here’s What to Do 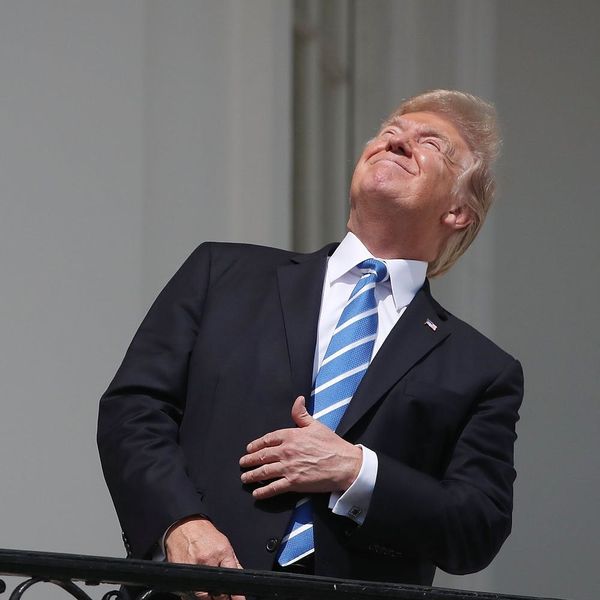 Regardless of how many times people were warned not to look directly at the eclipse while it was happening, or to use a phone camera, DIY viewer, or store-bought glasses, some folks did, in fact, take it upon themselves to look directly at the solar eclipse. If you’re one of those people, and are worried about the lingering effects of looking too long at the celestial event, here’s what you can do to correct any possible damage you might have caused.

According to the American Academy of Opthamology, looking at the solar eclipse for a just few seconds can cause permanent damage, even blindness (called solar retinopathy). The damage is caused by infrared light, a type of light humans can’t even see. Because we don’t have pain receptors in our eyes, pain won’t be a factor in deciding if you’ve hurt your eyes, but there are other ways to tell if you accidentally damaged your peepers during the eclipse.

Blurred vision, a centralized blind spot in your field of view, visual distortion, or an overall decrease in your ability to see, or an inability to recognize certain images, like faces, could all be signs that you caused damage to your eyes during the eclipse. So what can you do to help yourself? Get to an ophthalmologist ASAP.

An ophthalmologist is a medical doctor trained to check your eyes for injury or disease, and as such, they are the best equipped to investigate if you caused any damage to your eyes during the eclipse. Retina damage caused by the sun can appear soon after the event, or days later, so if you are unsure, but still think you need to be checked out, head to the eye doc for confirmation.

And don’t feel bad if you did sneak a peek at the eclipse. You’re not alone. Hundreds of folks on Twitter admitted they also looked directly at the solar event, so you’re probably in good company. And here’s to hoping your mistake didn’t cause any lasting damage.

Did you look directly at the eclipse? Tell us @BritandCo!