This News Will Make You Love Disney Even MORE 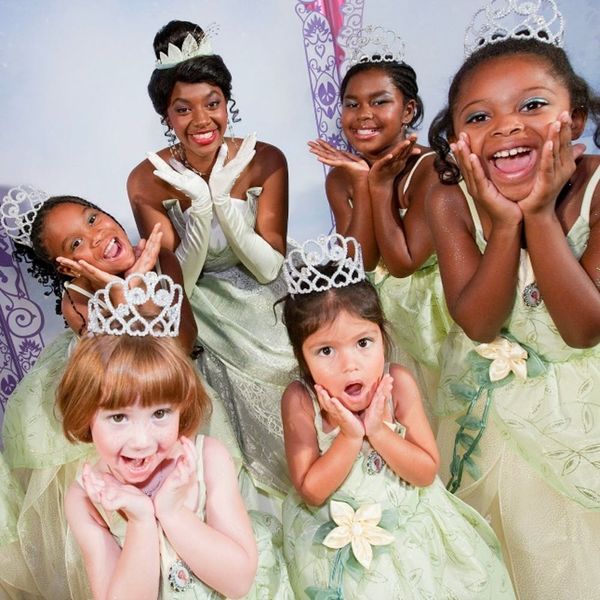 Ask any Disney buff — no matter how die-hard they are — and they’ll probably concede that the magical company we all grew up with doesn’t quite have the best history when it comes to character diversity. But with campaigns like #GiveElsaAGirlfriend and new, non-European additions to the Disney princess family — we’ve already got a Google calendar reminder for Moana — Walt’s legacy has definitely taken a few strides in the right direction with Disney’s last handful of projects.

Their latest exploit into diversity and equality doesn’t come in the form of a character or cinematic project at all. Instead, it’s all about creating fair job opportunities for those magical rockstars behind the scenes. Taking their long-term relationship with Women in Animation to the next level, Walt Disney Animation Studios has just signed on to become the first corporate sponsor of the ground-breaking organization. Along with helping host monthly events, expanding its mentorship program and aiding with the development of its legacy and archive program, Disney’s sponsorship will also help raise awareness for the WIA’s 50-50 by 2025 initiative — an amazing campaign which strives to see an equal gender split of all creative jobs in animation in the next nine years.

How to Get Started With Animation

Whether you’re already an animation fanatic or just dreaming of a dream job creating the next Frozen sensation at Pixar, there’s never been a better time for women to join the animation industry. Not quite sure where to start? Check out these four completely free apps that’ll take you everywhere from doodling on your morning commute to creating a cinematic masterpiece.

1. Framecast Online Animation: With the ability to create frame-by-frame animations, record audio and share your videos with other animators within the platform, there’s no wonder that this free app is mega popular within the animation community.

DL it: Free on iOS

2. Animation Creator HD Express: Using basic drawing tools, this app’s simple interface allows you to control just about everything right from the director’s seat. Great for small projects or for just playing around, this app is an easy starting point for any animator in the making.

DL it: Free on iOS

3. Animation Desk Cloud: If you’re looking for a more comprehensive animation experience on your device, check out this app. From drawing complex characters to mastering your animations like a pro, this is definitely a tool all visual artists should have in their creativity arsenal.

DL it: Free on Android and iOS; subscriptions vary depending on package

4. Stop Motion Studio: From Wallace and Gromit to those cheeky little Lego shorts, stop motion is a great introduction to the world of movie making. Both easy to use and packed with sweet features, this top-rated app will definitely make your creative YouTube vids a smashing success.

DL it: Free on Android and iOS

Do you have any cool animation projects on the go? Tweet us @BritandCo with #iamcreative.

Ashley Macey
Ashley Macey is a lifestyle freelance writer who loves all things fitness, wellness, and creativity. When she's not exploring her home in the Pacific Northwest with her dog Max, you'll probably find her curled up with a good book and some hot tea. Follow her daily jaunts on Twitter.
Disney
Home News
Disney Feminism
More From Home News