Have a Toast: Disneyland Is Getting Its Own Brewery! 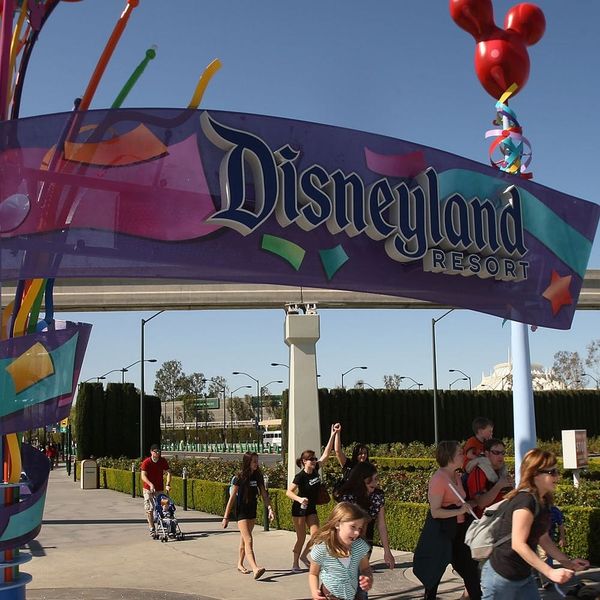 Between Disney’s rose gold Minnie Mouse cupcakes and peppermint candy cane churros, the House of Mouse has been blowing our minds as of late with with its creative (and delicious!) treats. And now, we’ll have something to wash it all down, as the happiest place on Earth just announced its plans to get even HAPPIER: The traditionally alcohol-free park is adding its first-ever on-site brewery!

That’s right: San Diego’s Ballast Point Brewing is gearing up to open a 7,300-square-foot beer haven inside the Downtown Disney District in Anaheim later this year.

As Ballast Point excitedly announced on its Instagram page, the collaboration will mark the first-ever on-site brewery for the resort, with a three-barrel brewery, a restaurant, and a beer garden.

The location will be family-friendly, with seating for 225. The 21 and over set will be able to indulge in some cold, refreshing brew, including a selection of classics like the Sculpin IPA, which boasts hints of apricot, peach, mango, and lemon, the Dorado Double IPA (a super hoppy fave), and the Commodore American Stout, which features notes of roast coffee and bittersweet chocolate. There will also be exclusive, custom, limited-edition beers available only at the Downtown Disney location.

According to the official press release, that will include treats such as Baja-style fish tacos and a house-made pretzel with beer mustard. YUM!

When it comes to Taco Tuesday, we're all about the fish tacos and a Bonito Blonde (or two.)

We can’t wait to dig in!

Are you excited to try Disneyland’s first-ever brewery? Tweet us @BritandCo.

Barbara Pavone
Barbara Pavone is a pop culture-obsessed writer based in beautiful (but ridiculously cold) Montreal, Canada. When she's not working, she's sipping on a Pimm's Cup and daydreaming about her celebrity hero, Saint West.
Disney
Cocktails
Disney Drink
The Conversation