Forget Hand Sanitizer, This Spray Wipes Away Your DNA 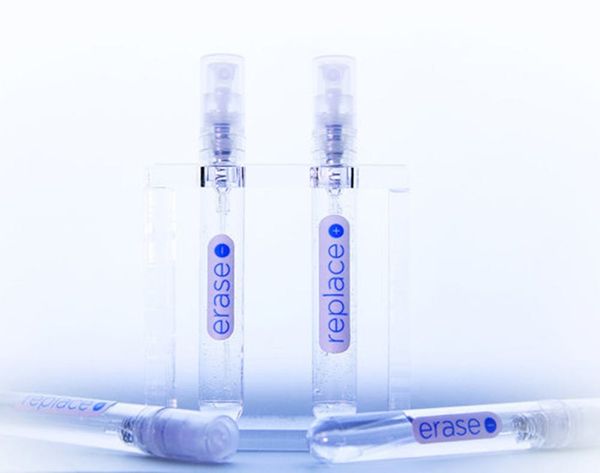 Stop fretting about credit card security breaches, whether or not the NSA understands emojis and whatever the heck Heartbleed is (this, btw). Artist and technologist Heather Dewey-Hagborg says you need to be way more worried about your genetic privacy. After working on a project where she collected strangers’ strands of hair, chewed gum and other throwaways from public places, she came up with the creepy conclusion that it’s very easy to scrape someone’s DNA from something as simple as a discarded cigarette butt.

To test the theory, she took them, analyzed the genetic sequences and created 3D busts from forensic details. Eek, but stay with her — it made her think more seriously about what we leave behind and how this info could be used against or even stolen from you. Like Lysol for germs or a firewall for a network, she created Invisible, a line of products that would sanitize your DNA, leaving no genes behind.

After spending a little bit of time on her site, Invisible looks like part performance art project, part icebreaker to an important and valid discussion and one part, no, really, this ish is coming to a store near you for $99 by June 2014.

In a chilling video, Dewey-Hagborg states that there are 108 nanograms of DNA in a microliter of saliva (think, what’s left behind when you take a sip of wine) but only .5 nanograms are even needed to analyze your DNA. Lab-grade sanitizing Erase spray zaps 99.5% of DNA, and Replace, a spray made up of a scramble of different genetic materials mixes up and takes care of the remaining .5%.

Look, we’ve watched an entire series run worth of Dexter so we know what a spray that easily eliminates DNA could mean in the wrong hands. And not the “wrong hands” like a hunky, fictional crime-solving serial killer, but “wrong hands” like the real life bad ones. Dewey-Hagborg points out that this type of technology has been available to the bad guys before, the untapped market she spies is celebrities and politicians. Still sketchy.

Fellow commoners, while this may all sound too spy movie for your taste, Dewey-Hagborg’s point is that “the average person should be thinking about this for the same reason that the average person is thinking about electronic surveillance.” With more devices featuring fingerprint readers and more wearables boasting biometric superpowers, we’re putting an awful lot of ourselves out there. If you think it’s too Big Bro for your taste when Gmail ads mirror what you’re talking about, or annoying when someone tried to charge their vacation to your card, imagine what people and organizations could do or learn from your genetic info.

What do you think of a DNA-sanitizing spray? Too much or would you use it to cover your tracks?