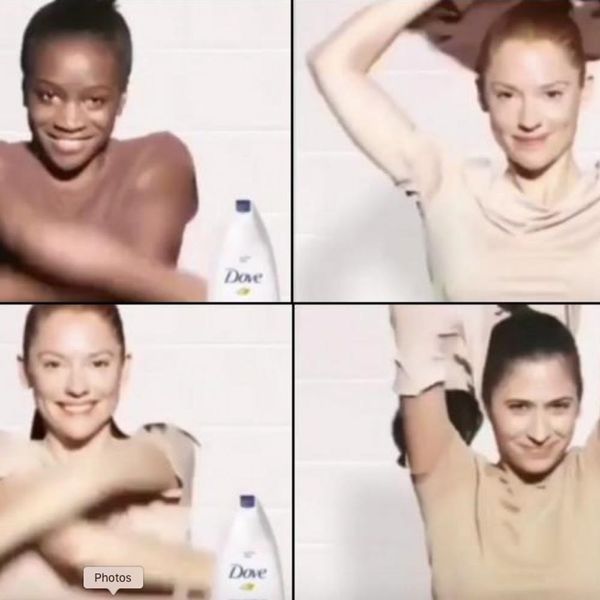 Dove has been a beacon of body positivity in its ad campaigns, often making a point to feature many different ages, sizes, and races. But this week, the company is in hot water after sharing a clip to its Facebook page that involved a Black woman apparently turning white after using one of Dove’s moisturizers — an ad that has many up in arms over the message it sends.

After a near-instant backlash, the company immediately pulled the ad in question, but not before the internet grabbed its receipts and reminded the company that this wasn’t the first time they’ve pulled out a racially insensitive campaign.

In recent years, Dove has shown three different women poorly placed from dark to light with “before and after” above their heads, and at one point had a lotion described as, “for normal to dark skin.”

Lewis Williams, chief creative officer at ad agency Burrell Communications, told Ad Week, “[When I first saw it], to be honest, I was like, ‘Here we go again. We see it over and over and over again. It’s not just Dove. It’s the entire industry from clients to agencies not seeing the obvious [undertones]. What’s unfortunate is next week we’ll be having the same conversation.”

Dove has apologized via their Facebook account, acknowledging that their ad “missed the mark,” and asserting that they’re “grateful for feedback” they’ve received regarding the commercial.

What do you think of Dove’s latest advertising miss? Tell us @BritandCo!

Kat Armstrong
Kat has been a writer, social media maven and mom for longer than she's willing to admit. She's also spent time in front of and behind the camera, interviewing celebs, politicians and acting as a producer for fashion and artistic photography shoots. When she isn't writing for various orgs and publications, she's hanging with her kids, husband and French Bulldog, Peter, in Toronto, Canada.
Controversy
Diversity
Controversy