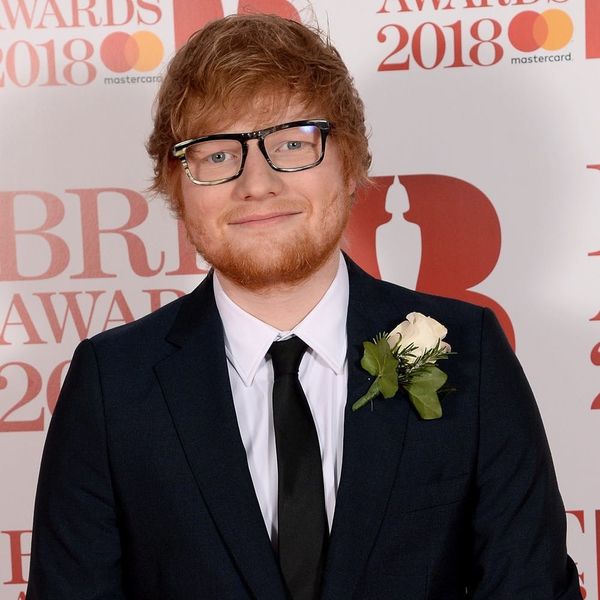 Ever since Ed Sheeran announced that he’s engaged to longtime girlfriend Cherry Seaborn, fans have been on the lookout for wedding plans. So when the singer turned up at the 2018 Brit Awards on Wednesday night wearing a ring, some wondered whether he and Seaborn had pulled off a stealthy, under-the-radar ceremony.

Taking the stage to accept the Global Success Award, Sheeran held onto his trophy with his left hand, giving viewers a clear view of the silver band on his ring finger.

The ring was also visible when Sheeran clutched the mic stand while performing “Supermarket Flowers” during the show.

Fans thought it might be a sign that he and Seaborn had already tied the knot. And while we would have been thrilled to find out that the “Shape of You” crooner had pulled off a secret ceremony, it turns out that the silver band is not a wedding ring.

Rather, it’s an engagement ring.

“I’m not married. I’m wearing an engagement ring as well,” he told Good Morning Britain. “I feel like, you know, you both should.”

He also spoke about the band in an interview with the British talk show Lorraine on the red carpet, saying, “I never saw why men didn’t wear engagement rings. It’s the same commitment either way.”

He went on to reveal that the ring he’s wearing is special not only because of its meaning, but also because of its origin. “Cherry made it for me herself out of silver clay. I really like it.”

While engagement rings for men (or “mangagement rings“) aren’t totally unheard of, they’re definitely not a common trend. But perhaps Ed Sheeran is about to change that.

What do you think about men wearing engagement (or “mangagement”) rings? Let us know @BritandCo!