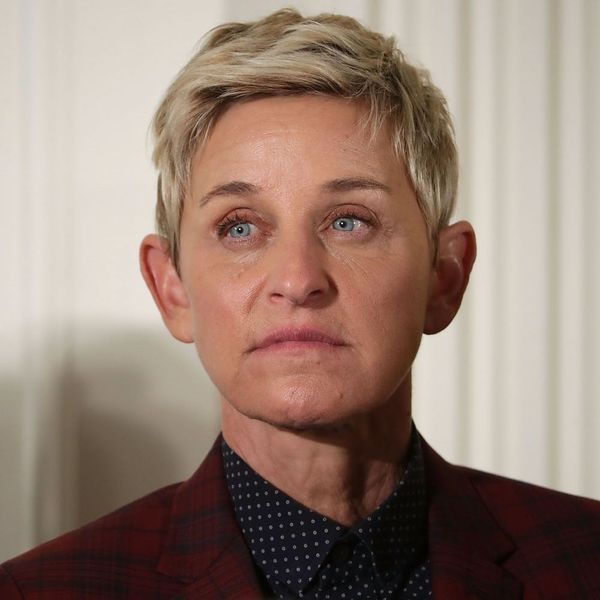 It’s an emotional week for Ellen DeGeneres. The talk-show host revealed to her audience on Thursday that her father, Elliott, had passed away at the age of 92.

This week, at the age of 92, my father Elliott DeGeneres passed away. He lived a good long life. It wasn’t unexpected. I was able to say goodbye. pic.twitter.com/L0zEJJNPrq

“In addition to what’s going on in Montecito, I lost my dad this week,” DeGeneres told her audience just one day after discussing the California mudslides that ravaged her neighborhood. “He was 92 years old. He had a good, long life. And he lived his life exactly how he wanted.”

She went on to share that he was a fan of her work — and in the process, revealed where she might have gotten some of her own signature traits. “He was very proud of me,” she said. “He loved this show. He was a kind man, a very accepting man. There was not one bone of judgment in his body. He was very funny. I think my brother Vance and I got our sense of humor from him.”

DeGeneres then described the last time she talked to her dad, sharing a beautiful — and emotional — anecdote.

“We only took one family vacation,” DeGeneres began. “When I was little girl, we came to this lot, to the Warner Bros. lot, and took the tour. And now, I work on the Warner Bros. lot and I have my own stage with my name on it. He was really proud of that.” She continued, getting choked up: “Before he passed away I got to talk to him, so I got to say goodbye to him. I left the building, and I looked back, and there was a rainbow over the Warner Bros. studio. … This is what I saw after I talked to my dad, and he died 10 minutes after that. Pretty amazing.”

When I was a kid, my dad took us on one vacation to Warner Bros. Studios. He loved this business. He loved that I was in it. When he died, I saw this rainbow over the stage they named for me. pic.twitter.com/QQswe3mwfi

It’s been a trying few months for the beloved comedian. Just this week, she held back tears as she opened up about the destruction the California mudslides have caused to her community. The deadly situation forced her and wife Portia de Rossi to evacuate from their home — just weeks after they were able to return following a mandatory evacuation caused by the record-breaking wildfires.

Our hearts go out to DeGeneres.