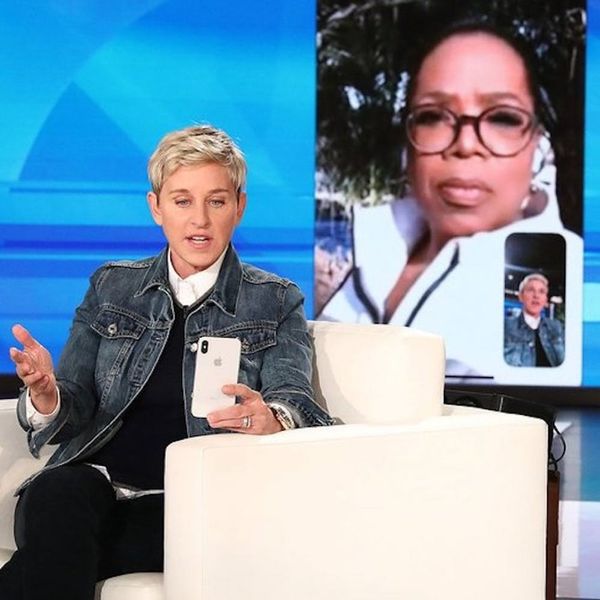 Following months of record-breaking wildfires, California is now suffering the aftermath of deadly mudslides caused by heavy rain and flash flooding. At least 17 people have died so far, mostly in Montecito, a neighborhood north of Los Angeles that both Ellen DeGeneres and Oprah Winfrey call home. On Thursday, the talk-show hosts shared an emotional moment as they updated Ellen viewers on the destruction in their community.

“This room is always so full of positivity and love and today I really need it,” DeGeneres told her audience. “So many times over the past 15 years, people have come up to me and [said] to me that when they’re going through a tough time, this show helps them through it. Today, I need you because there’s a lot going on in my life right now.”

DeGeneres detailed the mandatory evacuations that she and wife Portia de Rossi undertook during both the fires and the mudslides, noting that families of all backgrounds were, and continue to be, affected. She was visibly emotional as she spoke about the devastation, including the deaths and the many still missing.

Sharing photos of her debris-covered street, DeGeneres then got recent Cecil B. DeMille award-winner Oprah Winfrey, with whom she shares a fence, live on FaceTime from Montecito to show and talk about the damage.

“I was walking down here and all of my neighbors’ homes are gutted,” Winfrey said. “I’m standing right now still in a lot of mud but not as much as yesterday. I walked out back, you know, where we share a fence line, and the neighbors out back, their houses are gone. It’s as devastating as can be.”

Winfrey also asked some passing firefighters to speak about their recovery efforts in the area as she and DeGeneres praised them for their efforts.

“It’s devastating,” Winfrey continued. “We’ve lost so many lives and it’s a tiny community and nobody would’ve expected, certainly, I did not, that after we survived the fire and the rain came, who would’ve expected we have this devastation again with the mudslides, and so soon.”

Have you been following the news out of California? Let us know @BritandCo.