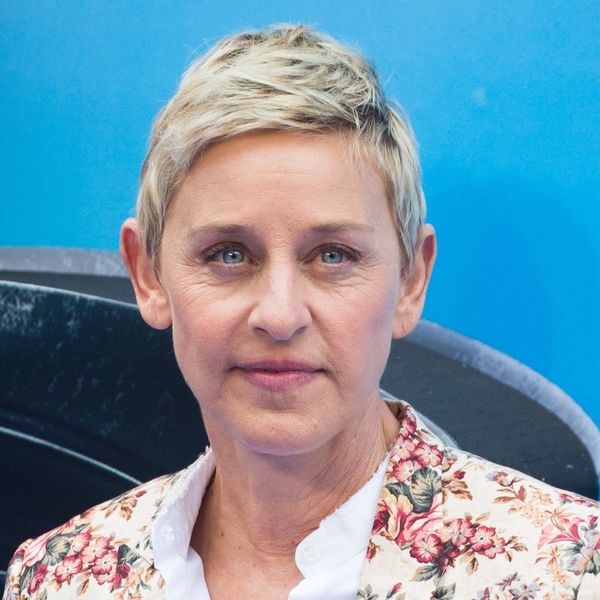 If you haven’t been tuning into The Ellen DeGeneres Show as of late, boy, have you been missing out. Not only did the popular TV personality host a (shirtless!) Bachelorette group date, but she conducted an incredibly heart-melting interview with a 12-year-old makeup artist that gave us all the feels. None of that can compare to what went down when the comedian caught one of her audience members stealing her merchandise and confronted her on-air this week, however: eek!

In celebration of her 14th season, DeGeneres decided to treat her audience members to some free goodies. She set up a table full of branded merchandise backstage, including mugs, hats, and T-shirts, then invited guests to choose exactly one item to take home as a souvenir from an unmanned table. Though they were essentially left alone to take their picks, they were secretly being filmed as they perused their selections.

After viewing the footage, DeGeneres shared it with the audience to applaud one woman who was torn between two items (a T-shirt and trucker hat), but eventually told her friend she’d just take the tee and buy the cap in the gift store. She was rewarded for her honesty with a free hat (because, Ellen).

A woman named Nancy didn’t fare quite so well, however. Rather than sticking to the one item rule, she decided to stock up on goodies, returning to the table on multiple occasions for more loot while subtly trying to hide a pin inside the mug she had selected. When her friend questioned her, she shushed her before running off.

Unfortunately for her, her getaway sprint was caught on camera, and DeGeneres wasn’t about to let her off the hook. Instead, the host took the opportunity to call her out on her actions on live TV, and needless to say, things got REAL awkward, real fast. *Gulp*

Though she didn’t apologize, Nancy did attempt to explain herself, saying that she had taken the extra merch for her sister who was unable to be there. “A lot of people’s sisters couldn’t come,” DeGeneres quipped before placing her in “Ellen jail.”

Note to self? Do NOT mess with this funny lady.

What’s your reaction to the video? Tweet us @BritandCo.