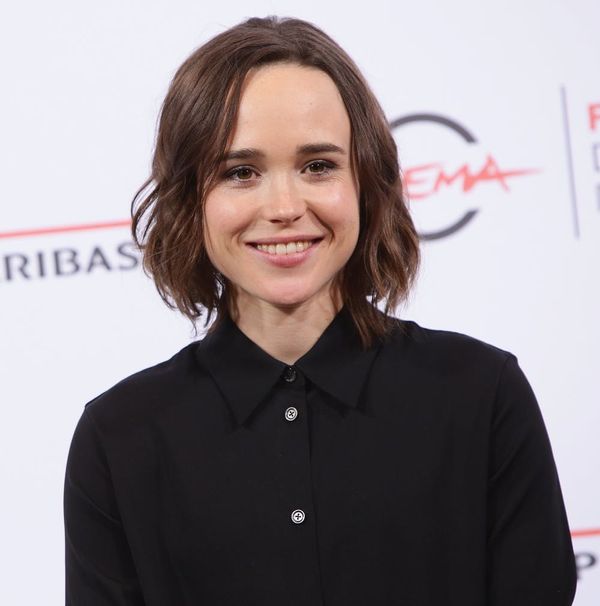 It’s not always easy to admit you might have been wrong, but the actress and activist Ellen Page has done just that by owning up to a regretful line from her breakout role in the 2007 indie hit Juno. In a new interview with Bustle, the Flatliners star tells the mag that she’s sick of Hollywood’s constant talk about changing inequality without taking enough action, and that she understands that the only way to make change is to create it yourself.

“Hollywood is struggling,” she tells the mag, explaining that while television studios have done an amazing job in recent years showing diverse characters and telling different stories, Tinsel Town seems stuck in a loop — one she didn’t even realize she was in during her earliest days.

Though today, Page is as famous for her offscreen LGBTQ+ activist work (including a now-famous interaction with Sen. Ted Cruz where she publicly grilled the politician on his abysmal LGBTQ+ rights) as she is for her acting. Which is why she wanted to set the record straight on an innocuous-seeming line from Juno that has her cringing today, a decade later.

The movie is about an accidentally pregnant teen named Juno (played by Page) who ends up forming a friendship with the couple who plan to adopt the baby. When adoptive father Mark (played by Justin Bateman) says he’s considering naming their baby Madison, Juno replies, “Madison? Isn’t that a little… gay?” At the time, Page says she didn’t think much of the line, but today, she realizes how hurtful it could be.

“It wasn’t something I totally registered at the time, but, of course, now that I’m older I do,” Page now reflects. “So many movies I loved as a kid are just rampant with homophobia and transphobia and biphobia, and I’m not excusing it by any means.” But, the actress admits, understanding what she does now, she can work to do better, and be better for herself and those around her.

“I feel like I have to generate a lot of my own projects,” she admits, hoping to lead the change in who and what stories are told in Hollywood, and even changing the old narratives when we look back. At a recent table read of Juno, Page reprised her role but left out the “gay,” line, because she understands that representation matters.

How are you creating change? Tell us @BritandCo!

Kat Armstrong
Kat has been a writer, social media maven and mom for longer than she's willing to admit. She's also spent time in front of and behind the camera, interviewing celebs, politicians and acting as a producer for fashion and artistic photography shoots. When she isn't writing for various orgs and publications, she's hanging with her kids, husband and French Bulldog, Peter, in Toronto, Canada.
LGBTQ
Gender Issues
LGBTQ