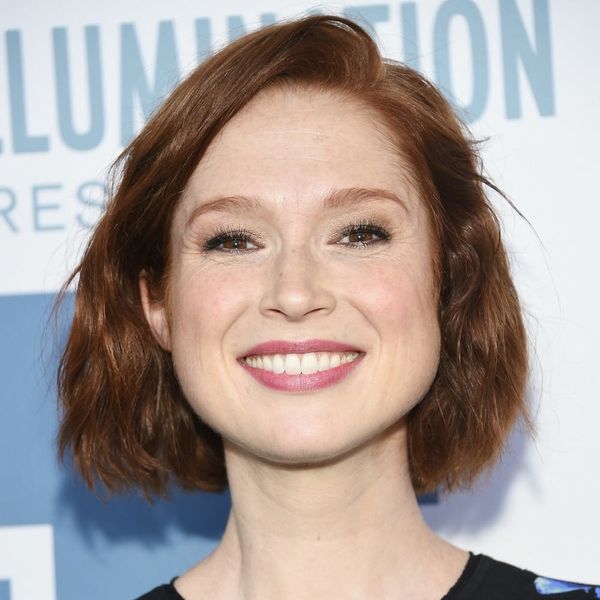 Ellie Kemper (AKA the unbreakable Kimmy Schmidt, which, BTdubs, will live on for season three) announced her pregnancy in what was quite possibly the cutest way ever, and now the first-time mommy-to-be is making another quirkily adorable confession.

In a new interview with ET for the premier of her new movie, The Secret Life of Pets (co-starring Chris Evans’ new girlfriend Jenny Slate), Ellie admits that, though she’s due in just a few months come August, she’s not entirely prepared (though certainly not for lack of trying).

“How can you anticipate what’s going to happen?” she muses. “I don’t know what I’m doing!”

Your honesty is utterly refreshing, Ellie! Though that’s not to say she’s not doing her research! “I’m YouTubing how to change a diaper,” she shared. (We feel you, girl.)

We’re sure she’ll have plenty of time to figure it out — though her show has been renewed for a third season, Ellie also confirmed that she will be taking some time off to try her hand at parenting. “There will be some downtime for me to raise this baby. To swaddle it,” she said before confirming with interviewer Jennifer Peros that it was, in fact, a real word.

Do you find Ellie’s honesty refreshing? Let us know over @BritandCo!

Nicole Briese
Nicole is the weekend editor for Brit + Co who loves bringing you all the latest buzz. When she's not busy typing away into the wee hours, you can usually find her canoodling with her fur babies, rooting around in a bookstore, or rocking out at a concert of some sort (Guns N' Roses forever!). Check out all her latest musings and past work at nicolebjean.com.
New Moms
TV
New Moms Pregnancy