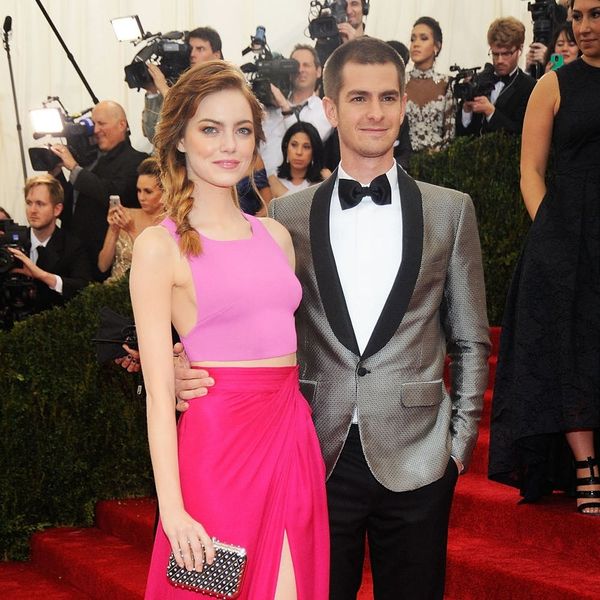 We’ve been chomping at the bit to see our favorite not-couple couple, Emma Stone and Andrew Garfield, finally reunited on the red carpet at this Sunday’s Golden Globes, but as it turns out, we got our wish early!

The former duo’s reunion came ahead of schedule at yesterday’s AFI awards, making it just the second time we’ve seen them together since they broke up back in 2015.

According to E!, it was Andrew who first broke the ice, heading over to Emma’s table and taking a seat beside her with — get this! — a hand firmly placed on her shoulder.

As if that wasn’t enough to have tongues wagging, a source heard Emma telling her ex-beau, “I feel so much better.” (Of course you do Emma — it’s meant to be; just roll with it.)

It’s not just the reunion that has fans (us included) following their every interaction with bated breath: Emma recently admitted that she still loves her former flame, and Andrew, in turn, expressed longing to get her alone on a deserted island and reminisced about the good times.

We mean, if that isn’t the perfect set-up for an epic get-back-together announcement, we just don’t know what is.

Are you rooting for these two to stay together or should they say goodbye for good? Tell us over @BritandCo.

Nicole Briese
Nicole is the weekend editor for Brit + Co who loves bringing you all the latest buzz. When she's not busy typing away into the wee hours, you can usually find her canoodling with her fur babies, rooting around in a bookstore, or rocking out at a concert of some sort (Guns N' Roses forever!). Check out all her latest musings and past work at nicolebjean.com.
Celebrity Breakups
Celebrity News
Celebrity Breakups Celebrity Couples love