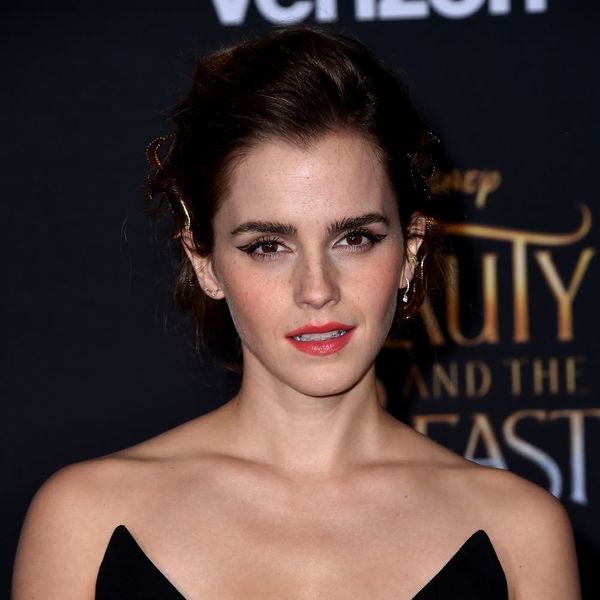 Emma Watson certainly isn’t afraid to stand up for what she believes in, especially if her activism work is any indication. However, the actress has been facing her fair share of controversy lately. While some folks are questioning the mental state of her character in Beauty and the Beast and others are criticizing the self-identified feminist for her recent topless photo, Emma Watson is now responding to Beyoncé’s fans who are calling the star a hypocrite.

Emma Watson definitely had some strong words regarding the firestorm that was sparked over one particular pic in her Vanity Fair shoot (ya know, the one that showed off a little more skin than some folks might have expected). “Feminism is about giving women choice. Feminism is not a stick with which to beat other women with,” she said… and that’s what has totally ticked some folks off.

That’s because, back in 2014, Emma Watson spoke to Tavi Gevinson for Wonderland and discussed Beyoncé’s use of her sexuality in front of a “male voyeuristic” camera. The Bey-hive would like to know how Emma Watson can shade the singer for putting her sexuality out there and then turn around and defend herself doing the same thing.

This is the part of my 2014 interview with Tavi where we talked about Beyoncé. My words are in bold. pic.twitter.com/Y8vumOeyDT

Watson has responded by tweeting a pic of the full Wonderland interview (and highlighting her quotes) to clear things up. Along with pointing out the fact that Beyoncé makes it obvious that she’s performing for Jay-Z and not for the camera/viewers in this particular instance, Watson told the publication, “[Beyoncé] make[s] it clear that… she was doing it for herself and the control that she has directing it and putting it out there, I agree is making her sexuality empowering because it is her choice.”

She added, “[You] do get sense of, ‘I can be a feminist, I can be an intellectual, I can be all these other things, but I can also be ok with my femininity, and being pretty and with all these things that I thought might negate my message or negate what I am about.’ That really is the most interesting thing about the album. It is so inclusive and puts feminism and femininity and female empowerment on such a broad spectrum.”

It sounds like, in the grand scheme of things, Emma thinks Beyoncé is a great example of an empowered (and empowering) feminist after all, and she wanted to set the record straight.

What do you think about Emma Watson’s comments about Beyoncé? Let us know @BritandCo!