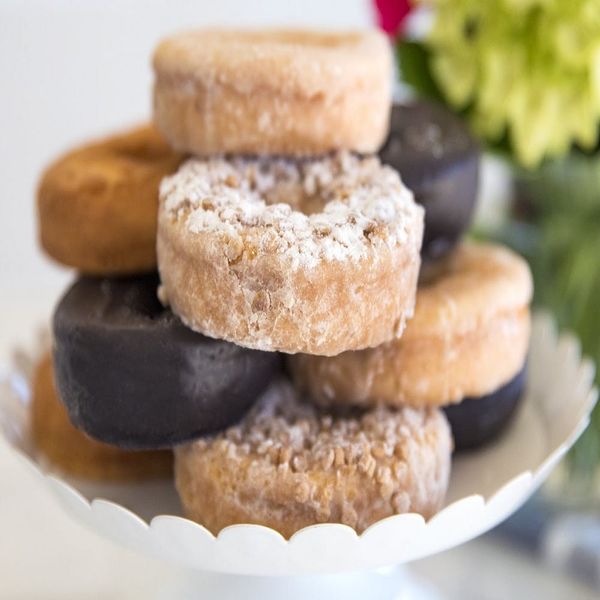 Friday, June 1 is National Donut Day, and Entenmann’s is on the hunt for the biggest donut devotee in all the land to name as its first-ever Chief Donut Officer. If you enter the contest between now and June 30, you could win the “job title,” a slew of Entenmann’s swag, $5,000, and a year’s supply of donuts. Entrants with the most passion, creativity, and unbridled love for all things hole-y can enter on the Entenmann’s website now. Five finalists will then be asked to submit a video testimonial about why they should be the first-ever CDO. Ultimately, consumers will choose the grand prize winner, and that person will earn their official “role” on August 7. But second place isn’t so bad! The four runners-up will each snag $1,000 and free donuts for one year.

In other *awesome* news, be on the lookout at your local Salvation Army store, where Entenmann’s is teaming up with the organization to host more than 40 nationwide “Do Good Donut Parties,” where they’re giving out free donuts to more than 8,500 veterans on June 1.

Though this collab may seem strange to you, it turns out the Salvation Army actually started National Donut Day back in 1938 as a way to honor World War I soldiers after their service to our country. Doughn’t you think that makes the food holiday even sweeter?

Will you be entering the contest to snag that sweet Chief Donut Officer title? Tweet us @BritandCo!

Arielle Tschinkel
Arielle Tschinkel is a pop culture junkie who went to NYU because the Olsen twins went to NYU (really). She is a freelance writer whose work has also been featured on HelloGiggles, Refinery29, SheKnows, Bustle, Hollywood.com, and many others; and she's living her dream one Britney Spears GIF at a time. Follow her on Twitter @mrstschinkel or visit her website at arielletschinkel.com.
Holidays
Food News
Holidays
The Conversation
Reviews:
More From Food News