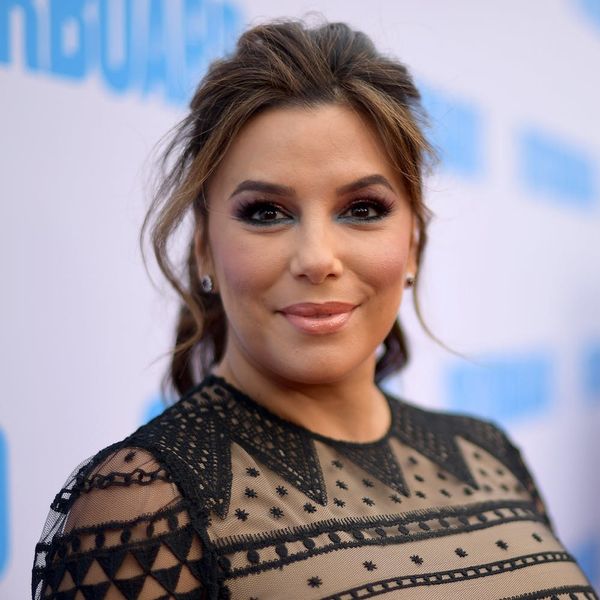 Days after giving birth to her first child, Eva Longoria is sharing her perspective as a new mom and speaking out against the current family separation crisis happening under President Trump’s administration at the US-Mexico border.

“Hello world! I introduce to you Santiago Enrique Bastón. Thank you everyone for showering my baby boy with all your warm wishes!” she wrote in an Instagram post, sharing a pic of her first moments with her newborn.

“In light of my son’s birth I wanted to bring focus on the families that have been separated at the border,” she continued. “Having my son next to me, I cannot imagine him being taken from my arms. Families belong together, which is why we must do what we can to reunite them. That’s why I am supporting @raicestexas and @aclu_nationwide to help fund legal services for separated families.#KeepFamiliesTogether.”

Longoria joins a growing number of high-profile figures not only speaking out against the forcible separation of migrant children from their families, but also donating money to legal services in place to help these families.

Chrissy Teigen previously revealed that each member of her family — including husband John Legend and children Luna, 2, and Miles, 1 month — had donated $72,000 to the ACLU. Anne Hathaway, meanwhile, announced her financial support of Americans for Immigrant Justice, a legal and advocacy service, and George and Amal Clooney donated $100,000 to the Young Center for Immigrant Children’s Rights.

The US Department of Homeland Security reported that 1,995 children were separated from 1,940 adults over the six-week period between April 19 and May 31. On Wednesday, President Trump signed an executive order ending migrant family separation, though a clear implementation has yet to be stated or executed.