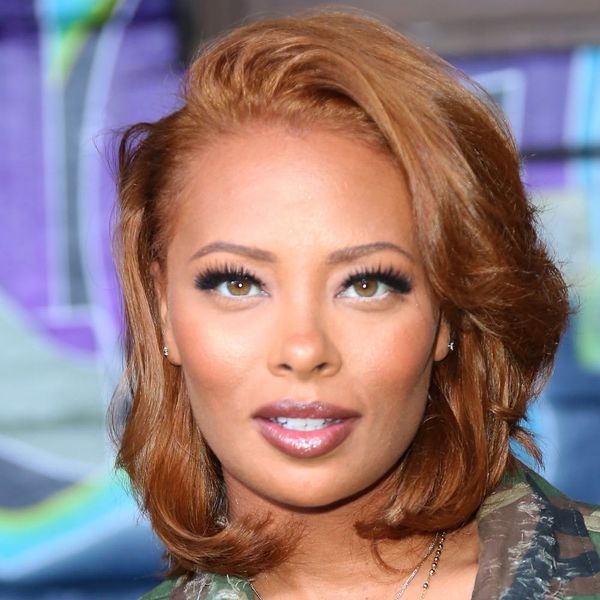 The Real Housewives of Atlanta family just grew by one! Eva Marcille, who joined the Bravo hit as a series regular last year, has welcomed her first baby boy.

The America’s Next Top Model cycle three winner announced the arrival of her first child with fiancé Michael Sterling over on Instagram with a card showing the baby’s stats. The bouncing boy, named Michael Todd Sterling, weighs 7lbs, 3oz., and joined his mom, dad, and big sister, Marley Rae, in the world at 5:59pm local time.

“All praises be to God!” the mommy of two wrote.

The bouncing babe, apparently took his time, with Marcille also posting a hospital selfie along with the caption, “Still at it. Come on, Mikey!”

Still at it😳 Come on Mikey🤰🏽

The 33-year-old announced that she and Sterling were expecting with an exclusive announcement to People back in November.

She revealed that her daughter Marley was eager for a little brother at the time, telling the outlet, “I said, ‘Marley, would you like to have a little brother or sister?’ And she said, ‘Yes, mom, but you know what? Maybe a baby brother. Make it a brother.”

Luckily, Marley got her wish — “I feel like she willed it into her favor,” the model joked.

Who’s your favorite Housewife? Share with us over @BritandCo.

Nicole Briese
Nicole is the weekend editor for Brit + Co who loves bringing you all the latest buzz. When she's not busy typing away into the wee hours, you can usually find her canoodling with her fur babies, rooting around in a bookstore, or rocking out at a concert of some sort (Guns N' Roses forever!). Check out all her latest musings and past work at nicolebjean.com.
Celebrities
Celebrity News
Celebrities Celebrity Baby
More From Celebrity News