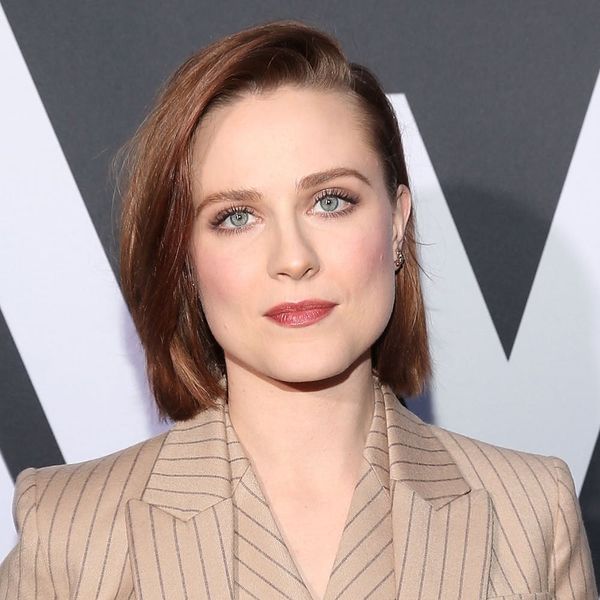 Equal pay is a hot topic in Hollywood at the moment, with many top actresses fighting to be compensated fairly with relation to their male co-stars. That’s why the fact that Evan Rachel Wood will be earning pay equal to her male counterparts on Westworld starting with season 3 is definitely another step forward.

The 30-year-old actress, who has earned multiple nominations and awards for her role as Dolores Abernathy, told The Wrap that she’ll now be making as much money as the leading men who have appeared on the show, saying, “I think I’m just now to the point where I’m getting paid the same as my male co-stars.”

“I was just told that, you know, ‘Hey you’re, you’re getting equal pay.’ And I was like,” she said while miming a gasp. “And I almost got emotional. I was like, ‘I have never been paid the same as my male counterparts … Never, never.'”

Wood continued, “I found out … I’m always fighting for that. And I have turned down projects — Westworld, it’s like, I get it a little more. It’s like, ‘Well, you’re Anthony Hopkins or Ed [H]arris.’ But I think now we’re all doing equal amounts of work and really hard work.”

She also revealed that up until this point in her career, she was being paid “pretty much the same amount of money on things for years. I have not moved. And I’m not saying I’m in like dire straits. I’m very lucky … It’s more about if you’re getting paid fairly, or the same, or if you’re getting paid less simply because you’re a woman, that’s not fair.”

What do you think about the fact that Evan Rachel Wood will now be paid the same as her male co-stars? Let us know @BritandCo!

Desiree O
Desirée O is a ‘Professional Bohemian’ who loves anything and everything related to the arts, entertainment, and pop culture. She ADORES being a ‘Newsy’ for Brit + Co, covering all of the latest tidbits of awesomeness that you want to read about. When she’s not writing, she’s either making messy art, going on long adventurous walks with her camera, or poking around over at bohemianizm (http://www.bohemianizm.com/). You can find out about Desirée O and her work at http://DesireeO.com/ or follow her on Twitter @DesireeO.
Controversy
Celebrity News
Controversy