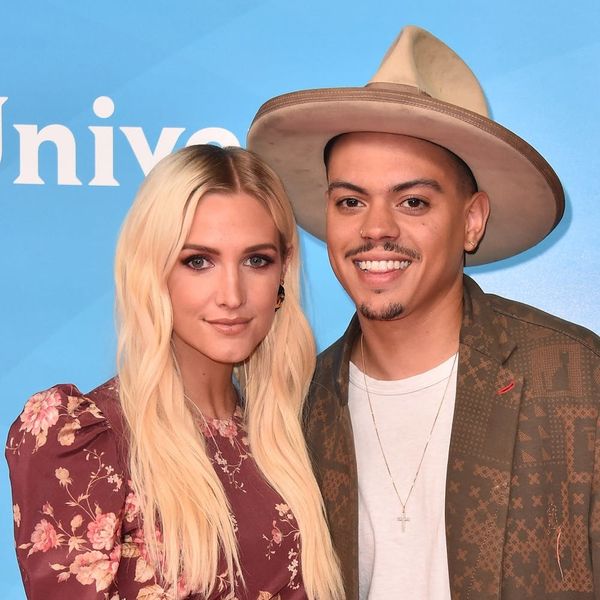 Ashlee Simpson has been absent from the reality TV scene since 2005, when her series, The Ashlee SimpsonShow, went off the air. The pop star will soon be heading back to the small screen, this time with her hubby, Evan Ross, for a whole new chapter, but the former pop star hasn’t forgotten her roots. In fact, she and Ross get quite the kick out of the hit that saw her rise to fame — particularly Ross.

Sitting down with E! News to chat about their upcoming series, aptly dubbed Ashlee and Evan, the Star actor revealed told the network how he REALLY feels about his lady love’s onscreen past. I’ve been loving it! It’s great to see her at that time,” the 29-year-old gushed. “It’s the sweetest thing in the world.”

“We’ve had moments where we go back and laugh at ourselves,” she revealed. “I mean, I’m not sitting there, pulling it up, though… he’ll be laughing at me,” she giggled, pointing at her hubby who quickly explained that the laughter comes from a place of pure love. ”

He also can’t get enough of his wife’s musical talent and her penchant for motherhood. “I got lucky,” he added. “The fact that I’ve got a wife who is such an amazing mother, but also so extremely talented. I think there’s always a time for everything. She’s ready now to show her entertainment side and all that kind of stuff. It’s amazing to watch cause she’s so talented.”

Will you be tuning into Ashlee and Evan? Tweet us @BritandCo.