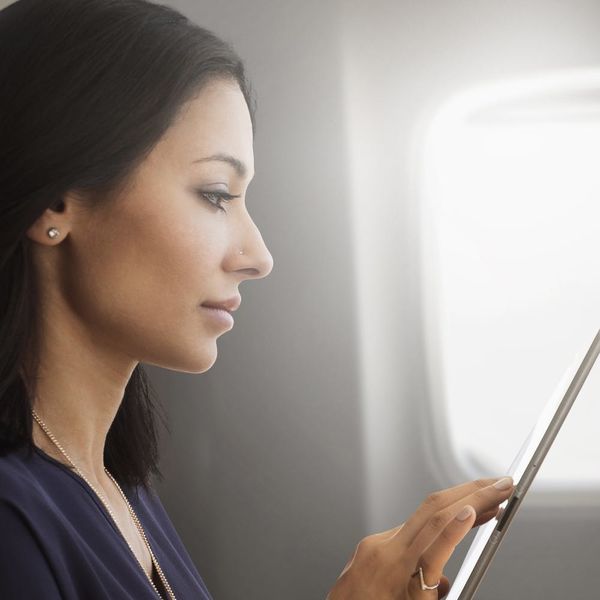 It will probably be a long time before Samsung lives down the whole exploding phone fiasco. Due to faulty lithium batteries in their Note 7, the Korean chaebol lost $3 billion in profits and may take a very long time to recover their tarnished reputation. But, if the latest tech disaster is any indication, lithium-ion batteries are the bigger issue.

A woman on a flight from Beijing to Melbourne was woken up by the sound of a small explosion. The sound came from battery-powered headphones catching on fire. Yikes!

She alerted the Australian Transport Safety Bureau (ATSB), which posted this news bulletin, “As I went to turn around I felt burning on my face. I just grabbed my face which caused the headphones to go around my neck. I continued to feel burning so I grabbed them off and threw them on the floor. They were sparking and had small amounts of fire. As I went to stamp my foot on them the flight attendants were already there with a bucket of water to pour on them. They put them into the bucket at the rear of the plane.”

The brand of the headphones was not immediately revealed, because according to the ATSB, “it isn’t important.” Instead, they suggest keeping a close watch on your tech, and if your phone “has fallen into the seat gap, locate the device before moving powered seats.”

In an effort to prevent a bigger catastrophe when a tech product *does* happen to catch fire, some airlines, like Alaska Airlines, have begun carrying electronics safety bags that can withstand temps of up to 3,200 degrees Fahrenheit.

Fly safe out there, folks.

What do you think about the safety bags? Do you think people should be forbidden from carrying electronics with them on planes? Tell us @BritandCo!

Shea Lignitz
Shea can be found in the nearest bookstore or brewery, exploring the great outdoors, or blasting Led Zeppelin. She grew up in the cold and rain of Northern California's redwoods but is currently wandering around Texas.
Controversy
Tech
Controversy Tech News