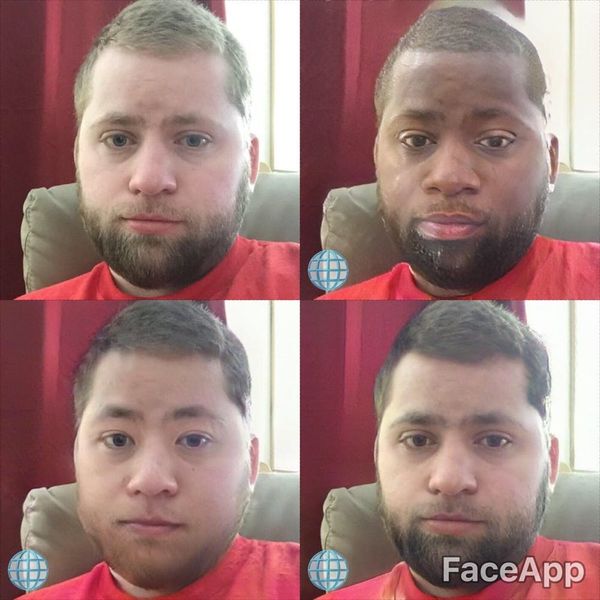 Earlier this year, people complained about popular face-changing app FaceApp and its racially insensitive way of trying to “beautify” users by making their skin more white. After the “spark” filter was removed after fans commented on its lightening effect, you’d think the makers of the app would have learned their lesson. But yesterday, the app was at the center of controversy yet again after it released, and then quickly removed, a filter set that changed people’s race, including what some users are calling digital blackface.

While it may seem fun to try on a different look, many are pointing out the racism involved in Black, brown and yellow face.

oh hell no Face App did not just make a blackface feature. I've got just the disgusted black woman reaction gif for this

Everyone loves FaceApp, the phone app that adds smiles and wrinkles to your friends' faces!

We regret to inform you that FaceApp is racist pic.twitter.com/2tRSlcfWdc

(FaceApp board meeting)
"Our app is popular."
(Everyone nods)
"What if it could be more popular?"
(Everyone leans in)
"Get this: racism."

Over the last few years, people have become more aware of the fact that imitating other people’s race or ethnic background are not acceptable forms of dressing up. Using an app that changes a person’s race from white to Black is the digital version of this.

FaceApp has 40 million installs across Android and iOS devices, and has recently started adding paid “style” filters designed to make users look better by adding elements like makeup or a hipster beard. According to Tech Crunch, FaceApp CEO Yaroslav Goncharov claimed that in creating the different “ethnic” filters (as opposed to the “style” filters), the company was hoping to make everyone equal, “in all aspects.”

In a statement, the company tried to defend the filters before deleting them. “They don’t have any positive or negative connotations associated with them,” Goncharov said. “They are even represented by the same icon. In addition to that, the list of those filters is shuffled for every photo, so each user sees them in a different order.”

Regardless of intentions, it’s good to remember that people’s race and identity aren’t costumes — even in the form of a filter.

Do you still use FaceApp? Tell us @BritandCo!

Kat Armstrong
Kat has been a writer, social media maven and mom for longer than she's willing to admit. She's also spent time in front of and behind the camera, interviewing celebs, politicians and acting as a producer for fashion and artistic photography shoots. When she isn't writing for various orgs and publications, she's hanging with her kids, husband and French Bulldog, Peter, in Toronto, Canada.
Apps
Current Events
Apps Controversy