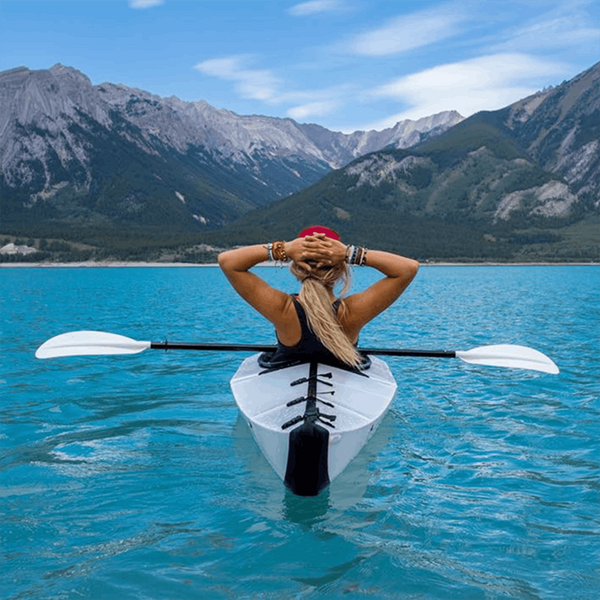 Alexa Rae is an Arizona girl who traded the desert sun for a new life in California. She spends her days sipping coffee, hanging out on the beaches of Santa Monica, and gazing just a little to the left of the camera — key for that “I’m into having my pic taken but not that into it” vibe. Rae has 51.3K followers, some of which have left comments like “you look incredible” and “What a Great shot!” There’s just one small catch about this dreamy, LA-based fashion blogger: She’s not actually a real person.

Alexa Rae’s Instagram account is part of a three-month experiment conducted by MediaKix, an influencer marketing agency. The goal: to discover whether or not it’s possible to secure brand sponsorship deals from totally fabricated Instagram accounts.

For this experiment, MediaKix created two fake accounts: Rae’s fashion/lifestyle profile (@calibeachgirl310) and another travel-inspired account under the guise of an influencer named Amanda Smith (@wanderingggirl). To create content for Rae’s account, MediaKix hired a local model and conducted a one-day photo shoot. Those photos were then distributed on the account for three months.

Smith’s account, on the other hand, is more focused on landscapes and picturesque travel moments. All of these photos are stock photography. To breathe some personalization into the feed, they included a few photos of an undistinguishable blonde who you might presume to be Amanda.

If you’re green to the world of Instagram influencers, there’s something important you need to know: It’s not just fame these influencers are after; it’s money. According to MediaKix, the Instagram influencer market size is currently at a whopping $1 billion — and that figure is set to double by 2019.

Much of that money boils down to brand partnerships and sponsored posts. How do you get a brand partnership? Often by joining an influencer marketing network. How do you get into an influencer network? By cumulating a significant amount of followers. So that was MediaKix’s first order of business. But there was no time to authentically build an audience. So, they bought one instead.

According to a statement from MediaKix: “We started with buying 1,000 followers per day because we were concerned that purchasing too many followers at the onset would result in Instagram flagging the account. However, we quickly found that we were able to buy up to 15,000 followers at a time without encountering any issues.”

Just eight dollars scored each account 1,000 followers. Both profiles were able to accumulate over 30,000 followers in just over two months. But here’s the problem: Fake accounts don’t actually engage with your photos. The fix for that is simple: Buy engagement too. MediaKix paid around 12 cents per comment, and between $4 to $9 per 1,000 likes. For each photo, they purchased somewhere between 500 to 2,500 likes and 10 to 50 comments.

Now comes the money. Once the followers and engagement were there, both accounts were eligible to participate in marketing networks and sponsored deals. MediaKix writes, “The fashion account secured one deal with a swimsuit company and one with a national food and beverage company. The travel account secured brand deals with an alcohol brand and the same national food and beverage company. For each campaign, the influencers were offered monetary compensation, free product, or both.”

All in all, the profiles’ cost about $300 to set up and the company received $530 worth of paid deals. For MediaKix, this experiment was really about flagging the fakes. But for us on the consumer end, it’s making us seriously question the validity and possible vapidness of some of the accounts we follow. Is your favorite wanderlusty profile actually legit? Or are you spending your time liking away on smoke, mirrors, and stock photos?

Cortney Clift
Cortney is the senior writer and special projects editor at Brit + Co. She typically covers topics related to women's issues, politics, and lifestyle. When she's not buried behind her computer you'll find her exploring New York City or planning her next big adventure.
Instagram
Pop Culture
Instagram