Kylie Jenner’s Fans Think She May Have Already Given Birth 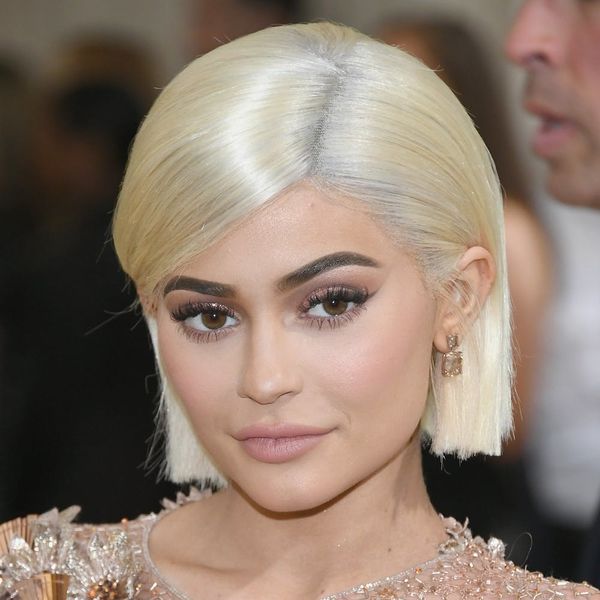 When it comes to the Kardashian family, no theory is too outlandish for fans to propose. Since September, one sister in particular, Kylie Jenner, has had tongues wagging over the news of a possible pregnancy, with followers looking deep into the 20-year-old’s social media pages — and beyond! — for clues about whether or not the reality star is indeed expecting. Now, what just might be craziest theory of all has surfaced, and you might want to hang onto your seats.

On the heels of the epic letdown that was Kim Kardashian’s 25th day of Christmas card reveal, which saw many expecting the youngest Jenner to make the big announcement we’ve all been waiting for, fans turned to their own devices, digging deep for any perceived “hints” they could find.

If this is how “pregnant” Kylie looked in September she’s either almost due or she had the baby already….. pic.twitter.com/hDAldXzaF1

One Twitter user in particular felt they had struck gold in several (very blurry) photos from September, which allegedly show a pregnant Kylie. Based on the shots alone, they hypothesized that she must be due relatively soon — UNLESS… she already had the baby?

• these pics are from September

• therefore Kylie has already had the baby

That’s right! Fans think the lip kit queen just may have pulled one over on us by giving birth in secret, and is now hiding away from prying eyes that might snap shots of her — or her would-be newborn child — in the aftermath.

Jenner herself has spoken out about making judgements based on photos of her before, alleging that paparazzi shots published by The Daily Mail just last month had been photoshopped and were not to be believed.

Still, with nothing else to go on and and an impatient public at hand, the thin theory took off like wildfire, with many musing that a birth would certainly be reason enough to skip an important event — like, say, a family Christmas photoshoot.

y'all, Kylie already had that baby. It's time to accept what you know in your heart to be true: Kylie Jenner's baby is now out in the world making more money than you will ever see in your life.

I hate myself for actually caring and wondering if Kylie Jenner is pregnant/already had a baby. I just need to know

i think kylie had the baby already

Only time will tell!

Do you think Kylie Jenner already had her baby? Share with us over @BritandCo.

Nicole Briese
Nicole is the weekend editor for Brit + Co who loves bringing you all the latest buzz. When she's not busy typing away into the wee hours, you can usually find her canoodling with her fur babies, rooting around in a bookstore, or rocking out at a concert of some sort (Guns N' Roses forever!). Check out all her latest musings and past work at nicolebjean.com.
Celebrities
Celebrity News
Celebrities Celebrity Baby Kardashians Kylie Jenner
More From Celebrity News