Filmmaker Cathryn Michon Reveals the Story Behind Long-Lost Melissa McCarthy Film “COOK OFF!” — and Being a Woman in Hollywood 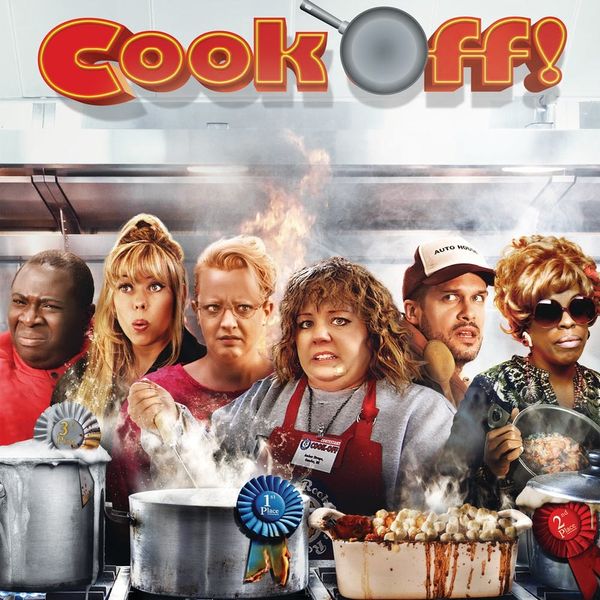 It’s hard to remember a time when Melissa McCarthy WASN’T a household name, but flash back 10 years to 2007. Rihanna’s “Umbrella“ was stuck in our heads, the very first iPhone was newly released, and an actress, comedian, and filmmaker named Cathryn Michon co-wrote, co-directed, and starred alongside the then-little-known McCarthy in an independent comedy feature called COOK OFF!. Now, after a decade of delay, the movie is finally seeing its official big screen and on-demand release on November 17.

Filmed in a mockumentary style like Best in Show and The Office, COOK OFF! follows a group of wacky characters as they prepare to compete for a one-million dollar cash prize in the cooking contest of their lives. The script was adapted from The Grrl Genius Guide to Life, Michon’s 2001 memoir about her real-life experience in the offbeat world of competitive cooking.

By phone, Michon tells us that after shooting wrapped on the film, the project fell victim to an unfortunate pitfall of independent cinema financing and had to be shelved. But Michon never gave up on COOK OFF!, and schemed for a copy to eventually fall into the hands of reps at the production and distribution company, Lionsgate Premiere.

“They saw the film and fell in love with it,” says Michon. “It is a true Cinderella story, the little film that could.”

We spoke with Michon about COOK OFF!, the ongoing scandals plaguing the entertainment industry, and about what it takes to be a creative woman in Hollywood.

Brit + Co: The past month’s headlines have been dominated by stories of sexual harassment and assault in Hollywood, perpetrated mostly by men against mostly women victims. In such a climate, how does a woman filmmaker like yourself even get to have her voice heard?

Cathryn Michon: I’m an optimist. I’m a person who never quits, who believes everything is possible. I actually wrote an open letter to Bob Weinstein [published in the Huffington Post] asking to do nothing but hire women directors from now on, to save his soul but also to save the industry. Only seven percent of the 250 top-grossing feature films in 2016 were directed by women, and that’s appalling. It’s truly a patriarchal system.

The culture of sexual assault and harassment and all the things I’ve certainly experienced myself in Hollywood is because we need more women. People like Reese Witherspoon [through her production company Hello Sunshine] have done a great job of telling stories that feature women — we wouldn’t have Gone Girl or Pretty Little Lies without it. It makes a better business, a more ethical industry, and I think it will change.

B+C: You not only star in this movie, but co-wrote it and co-directed it. For those of us who have never done any of these things, let alone all of them for the same project, can you explain a bit about the logistics of working on one project from so many different angles?

CM: It’s a real delight. Back in the day, I was in the touring company with Second City, so I’m all about the magic of putting together a show and making it happen out of nothing. It’s sort of my roots to get to do all of it, and I look to my heroes like Lena Dunham or Albert Brooks or Ben Stiller, who are all multidisciplinary artists.

B+C: Did your vision for your own character differ from the vision your co-director had?

CM: I think we were all really in sync on this story. The film was developed from a memoir I wrote — I actually was in the world of competitive cooking, which is this neat little subculture. Films are a collaboration; there is no one person who makes a movie. So we were all pretty in sync about trying to create a fictional contest that gave a sense that anything is possible.

B+C: COOK OFF! co-stars Melissa McCarthy before she became kind of, well, the household name she is today.

CM: She’s a phenomenon, a legend, a comic genius. When you see the movie, her genius is as evident as you would expect. She’s a gifted physical comedian, an incredibly detailed actress with great comic timing, but also a serious actress. Her character has a lot of pathos, and you really get to see that in the film.

B+C: What else do you think our readers should know about this movie?

CM: This is very much a Best in Show type of film, and I think that people will love it. The odds of a studio making this movie now is less than zero — the cast is too expensive! — so I think you should really treat yourself.

Do you plan on seeing COOK OFF!? Tell us @BritandCo!