6 Practical Ways to Channel Julia Child in the Kitchen 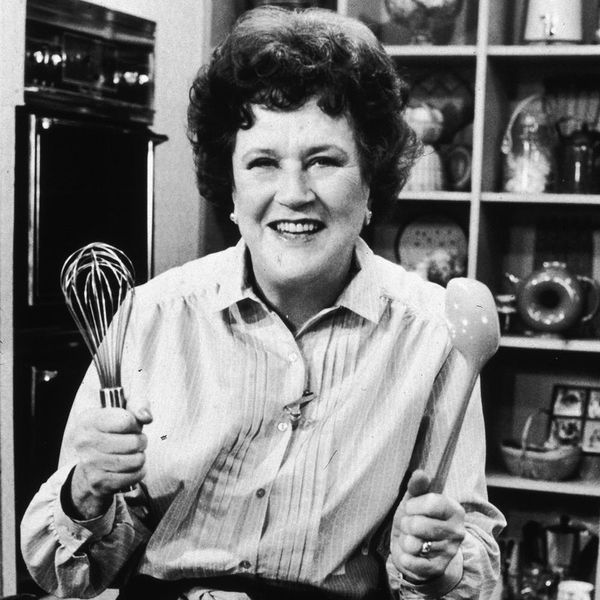 In the mid-20th century, French cooking was *literally* a world away from most Americans. That is until some courageous ex-pats, the most famous of which may be Julia Child, traveled home with a wealth of knowledge about cooking in France. Child had barely stepped off the boat to return home before she was showing the average American how to whip up recipes, from beef bourguignon to omelets, on her 1960s cooking show The French Chef. With a sense of humor, a glass of wine, and a little bit of experimentation, Child made French food accessible and taught America so much about cooking along the way. Some of her classic tips come from her instructional video on beef bourguignon, but there are other hidden gems sprinkled throughout her 10 years of television. One particularly useful episode is the one where she discusses the humble egg. From these two episodes, glean some of her best practical tips for the beginner cook.

For 10 years on The French Chef, Child insisted over and over again that you should never crowd a pan. If you saw the movie Julie & Julia, you already know this. It doesn’t matter what you’re cooking. Although it seems like it saves time and space, stuffing too much into one cooking vessel prevents even cooking, which can do more to hinder a dish than help.

You shouldn’t be sautéing your vegetables in just butter, even though it seems like the most basic cooking technique. Butter has a low smoke point, which means it can easily burn and transfer that acrid flavor to whatever you’re cooking in it. Therefore, it’s better if you put a splash of oil to accompany the butter. The oil helps distribute the heat so that you can get the fat much hotter for a nice sauté without risking any burning or bad flavor.

Go For the Cheap Cut

If you’re using beef in any kind of stew or dish where it’s going to cook down for an extended period, Child suggests using chuck. She explains that chuck doesn’t get stringy like some other parts of the cow, which is essential if you want the meat to be succulent and tender, not tough to chew.

If you want a nice brown exterior to your meat, make sure you dry it off. Regardless of if it’s lamb, chicken, or beef, Child insists that you take the extra second to dry the meat thoroughly. If you don’t, it’s as if you were steaming the meat rather than browning it.

Child’s secret tip for making onion peeling a breeze is super simple. She suggests bringing a pot of water to a boil and then submerging your onion. Once the water comes back to a boil, count to 20, take the onion out, and then peel away. The onion skin should just slide right off.

Eggs are Elegance for Leftovers

It turns out that leftovers don’t belong in the microwave. Instead, leftovers belong with eggs. Child explains that learning how to mix leftover meat in with a sauce and place it on top of a small round of bread is the first step to giving last night’s dinner new life. Then all you need to do is add a carefully poached egg on top to make an easy brunch or lunch when you’re in a hurry and don’t have time to spend in the kitchen.

Do you have any cooking tips you’ve learned from Julia Child? Tweet ’em to us @BritandCo.