Frances McDormand’s Oscar Was Briefly Stolen from an After-Party 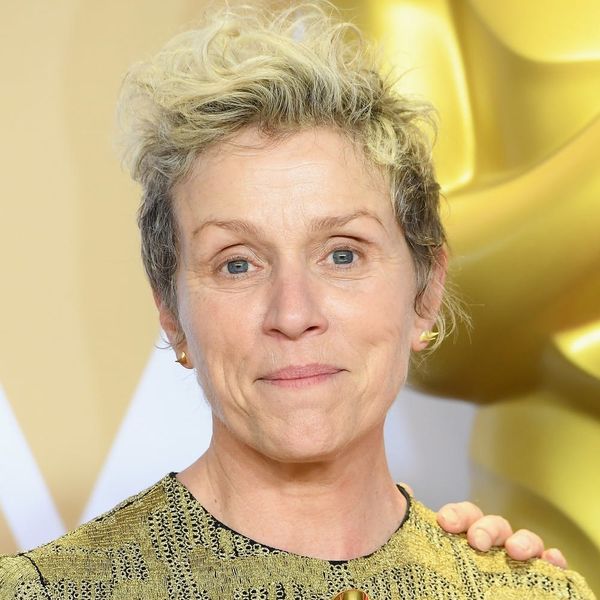 When Frances McDormand won the 2018 Academy Award for Best Actress, she encouraged other female nominees to stand with her in a moment of triumph and pride. Not long after, though, the night took a turn, as a thief (briefly) stole her Oscar from an after-party.

According to New York Times reporter Cara Buckley, the incident took place at the Governors Ball, where McDormand “set [her Oscar] down and was chatting” when someone stole the statue. Buckley shared a photo of the suspect at 10:49pm PT, tweeting, “Security at the Governors Ball are looking for this guy, who grabbed Frances McDormand’s Oscar and ran out with it.”

Fortunately for the Three Billboards Outside Ebbing, Missouri star, the statue was later found by Wolfgang Puck’s photographer, who, according to Buckley, stopped the alleged thief and retrieved the Oscar (which already had McDormand’s name engraved on it). A representative for the actress told USA Today, “Fran and Oscar are happily reunited and are enjoying an In-N-Out burger together.”

The actress apparently said to let the man go after he evaded security at the event, but police are taking the matter seriously. An LAPD spokesperson told Variety that the thief was arrested and booked on felony grand theft charges last night, with bail set at $20,000.

Earning an Oscar the legit way may seem difficult, but it’s certainly better than trying to get one illegally.

Are you shocked that Frances McDormand’s Oscar was briefly stolen? Let us know @BritandCo.

Desiree O
Desirée O is a ‘Professional Bohemian’ who loves anything and everything related to the arts, entertainment, and pop culture. She ADORES being a ‘Newsy’ for Brit + Co, covering all of the latest tidbits of awesomeness that you want to read about. When she’s not writing, she’s either making messy art, going on long adventurous walks with her camera, or poking around over at bohemianizm (http://www.bohemianizm.com/). You can find out about Desirée O and her work at http://DesireeO.com/ or follow her on Twitter @DesireeO.
Awards Shows
Celebrity News
Awards Shows Oscars