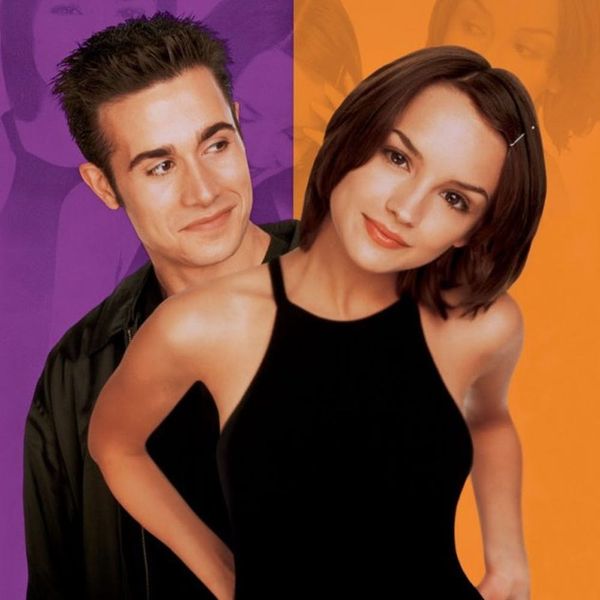 Freddie Prinze Jr. may still be bringing us ultimate #relationshipgoals with his love, Sarah Michelle Gellar, even after 14 years of marriage, but today we’re all about She’s All That. The 1999 film co-starring Freddie and Rachael Leigh Cook was a ‘90s movie teen classic, beloved by anyone who likes a quirky transformation-turned-love story. His hackey-sack art performance, her falafel hat — it was so of the times. Flash forward all these years later and Freddie and Rachael have just given us an adorable peek at their mini She’s All That reunion.

When the homie @RachaelLCook wants to have coffee, you get some damn coffee! #OldFriendsNewFriends pic.twitter.com/Pf8tDOdLeR

Posting the pic to Twitter, Freddie added, “When the homie @RachaelLCook wants to have coffee, you get some damn coffee! #OldFriendsNewFriends.” Now that’s some sweet, loyal friend action.

Though Rachael tweeted back, “You left me with the brownie we r not friends anymore!! xoxo.” Whoa, wait. She’s mad because he didn’t take the brownie? That’s… weird. Though in Freddie’s defense, he responded with, “You took the brownie?!?! I thought I had it!!!”

Did you love She’s All That back in the day? Tweet us @BritandCo!