Meet Friends in Space Right from Your Computer 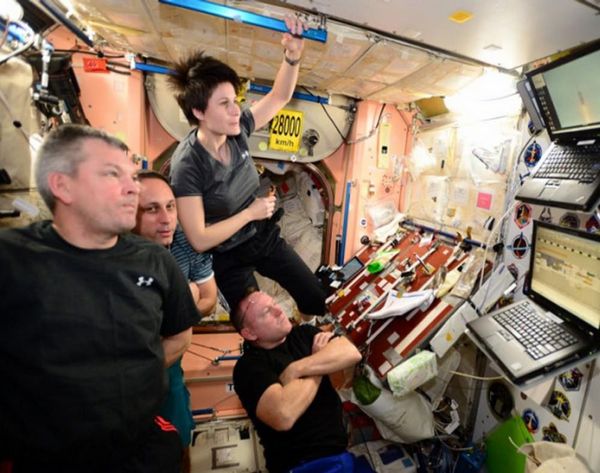 No matter how many Facebook friends you have, no matter how many people you follow on Instagram and Twitter, when you’re catching up on your social media feeds, all of those people can start to seem kind of boring. Maybe the problem is that you haven’t tried expanding your network by meeting people in space. Luckily Friends in Space is “the first social network that extends beyond Earth.”

By following the journey of the first female Italian astronaut Samantha Cristoforetti on her six-month stint at the International Space Station, you can make new friends all over the world via the Friends in Space website.

Just sign in with one of your social media accounts from the Friends in Space page, and you can see exactly where Cristoforetti is right now. What’s cooler is that you can see what she’s seeing from the space station… almost like you’re right there with her, except without the anti-gravity and the mushy space food. There’s even a live video option that’s available throughout the day.

As you track her orbit in real time, you’ll also see little clusters of stars on a map of the world. Those stars are future friends, AKA other users who are on the site right at that moment.

Throughout her journey, Cristoforetti will be orbiting the Earth 15 times per day. As her orbit hovers over you, you can say “hello” to her. Even if you don’t stop in to say hello, you can follow Cristoforetti on Twitter for constant picture updates of the world from space. They’re positively jaw-dropping.

This site was concepted and design by information design studio Accurat. There are no ads and they aren’t making any money or taking anyone’s information because the site is a labor of love. These are just people who love space, science and using the power of technology to connect people across our planet… and maybe in the future, across other planets too.

Have you tried Friends in Space? Give it a shot and let us know what you think!

Katelan Cunningham
Katelan is a tech junkie obsessing over all things startup and design. She has entirely way too many apps on her phone and is no stranger to binge-watching. She accidentally fell in love in Los Angeles and that’s where she currently lives, writes, tweets and grams.
Facebook
Tech
Facebook science social media twitter
More From Tech