“Fuller House” Season 3 Is Coming to Netflix Soon, So Here’s Everything We Know So Far 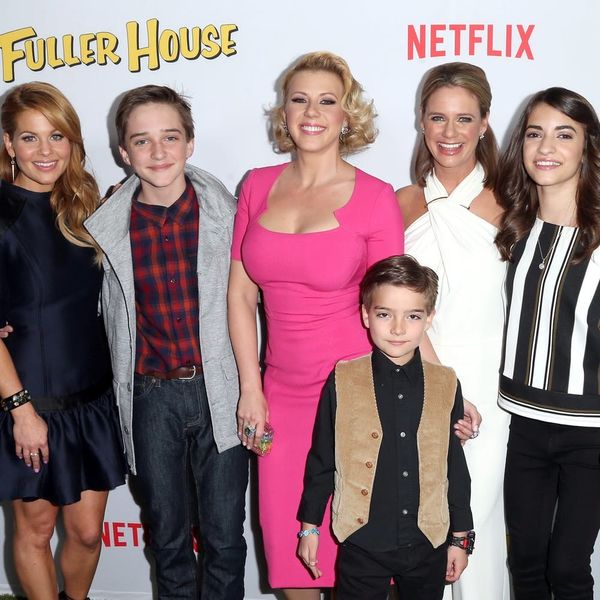 It’s hard to believe we’re already nearing the start of the THIRD season of Netflix’s Fuller House. It didn’t take long after the end of the second season for Twitter to start demanding more, and on Friday, September 22 — the 30th (!) anniversary of the original show’s premiere date — the first half of the third season will be available for streaming.

Mark your calendars for September 22nd! Not only will Full House turn 30 years old- but @fullerhouse Season 3 (part 1) will also premiere on @netflix!!! #ThrowBack #FirstNineEpisodes #Part1 🤗🏡

Season two ended on a pretty intense wedding cliffhanger (no spoilers!), so we’re looking forward to seeing how that story will play out. But there are a lot of fun locations and cameos to look forward to too. Check out everything we know so far about Fuller House season three below.

1. This season will have more episodes than either of the previous two seasons. While seasons one and two of Fuller House each had 13 episodes, season three will get an upgrade — show creator Jeff Franklin announced on Instagram that the upcoming season would have 18 episodes.

2. But the season will be split into two parts. The second half of the third season will come sometime in December 2017, according to EW.

3. Get ready for some fun in the sun — at least part of the season is set over the summer. At the Teen Choice Awards, Candace Cameron-Bure — AKA DJ Tanner — revealed that the Tanners would be having “a lot of summer fun, which we’ve never done on 10 seasons of the show, 11 seasons.” It’s true — we get a lot of winter holiday time with the Tanner/Fuller fam, so some sun will be a nice change of scenery.

4. The Tanners are going to Tokyo! Speaking of a change of scenery, Cameron-Bure also revealed at the TCAs that they’ve been filming in Tokyo. By the looks of her Instagram account, the cast and crew spent their downtime as tourists, exploring a sake brewery and sampling lots of local eats. Jealous!

5. Jodie Sweetin’s IRL broken ankle will have to be written into her character Stephanie Tanner’s story. Sweetin broke her ankle and tibia (ouch!) climbing a fence to get a toy her kid threw over it earlier this year, and it unfortunately coincided with filming. “There’s no hiding that I can’t walk,” Sweetin told E!. “And I can only be a houseplant in so many episodes where I’m just stuck somewhere.” LOL. We’re sure they’ll think of some hijinks to blame it on!

6. Some fun cameos are *probably* in store. Okay, we’re totally guessing on this one, as Netflix is keeping any cameos a surprise, but we DO know that Drake Bell from Nickelodeon’s Drake and Josh is guest-directing an episode — will he show up on camera too? The first couple of seasons had cameos by Macy Gray, Bruno Tonioli, New Kids on the Block, and San Francisco Giants outfielder Hunter Pence.

What do you hope to see happen on Fuller House season three? Let us know @BritandCo!