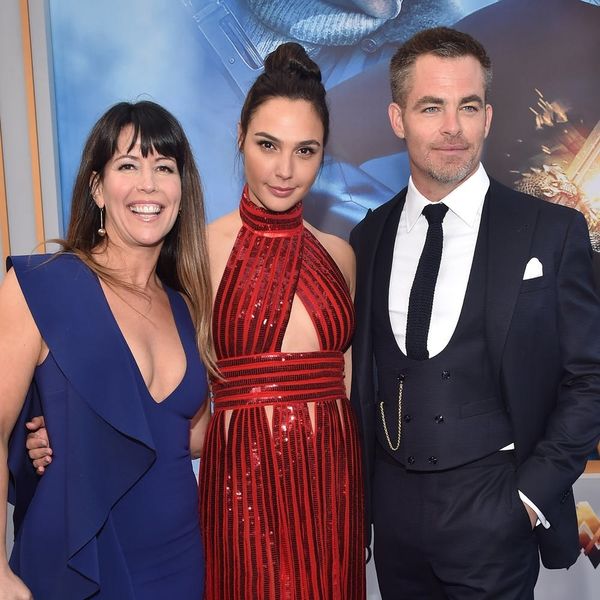 It’s hard to imagine loving Wonder Woman more than we already do. And judging by the photos of tiny fans in Wonder Woman outfits and these epic DIY Wonder Woman Halloween costumes, we’re not the only ones who can’t get enough. It’ll be a long wait for the highly anticipated sequel, but our patience is already being rewarded with bloopers from the first movie, courtesy of star Gal Gadot.

Gadot took to Instagram to share a peek behind the scenes with her fans, posting a montage of various mistakes that happened while she was filming the first Wonder Woman film with costar Chris Pine and director Patty Jenkins. We see her bumping into a door, fumbling with a broken ice cream cone, and cracking up after a collision with Pine.

“Okay, first, you can see why Chris’s nickname for me was giggle Gadot 😜, ” the actress captioned the video. (Pine, for his part, took full responsibility for making her laugh, telling Entertainment Weekly in May, “Basically my job was falling in love with the beautiful Gal and [trying] to make her giggle.” Mission accomplished!)

Okay, first, you can see why Chris's nickname for me was giggle Gadot😜 And how Patty and I could communicate with no words. Instead just weird sounds & head movements.. I LOVE to laugh and I ABSOLUTELY enjoyed filming every second of the movie about the Amazonian princess. You can see the rest of these with the DVD extras on 9/19 💃🏻😜🙅🏻🎬

Gadot also made sure to mention the other person who brought out the silliness in her, writing in her Insta post that fans should note “how Patty and I could communicate with no words. Instead just weird sounds & head movements.”

The 32-year-old ended her post by saying, “I LOVE to laugh and I ABSOLUTELY enjoyed filming every second of the movie about the Amazonian princess. You can see the rest of these with the DVD extras on 9/19.”

Just a taste of the fun we had while filming, more to come with the DVD's extras, on 9/19! We weren't always so serious on Themyscira. 😜💃🏽🙅🏻#WonderWoman

Gadot posted another set of bloopers to her Instagram account a few days ago. “Just a taste of the fun we had while filming … We weren’t always so serious on Themyscira,” she quipped in her caption, referring to the fictional home of Wonder Woman.

With the sequel scheduled to be released on December 12, 2019, let’s hope there are more bloopers in our future — along with a spectacularly awesome second movie, of course.

Do you like seeing bloopers from your favorite movies and shows? Let us know @BritandCo!