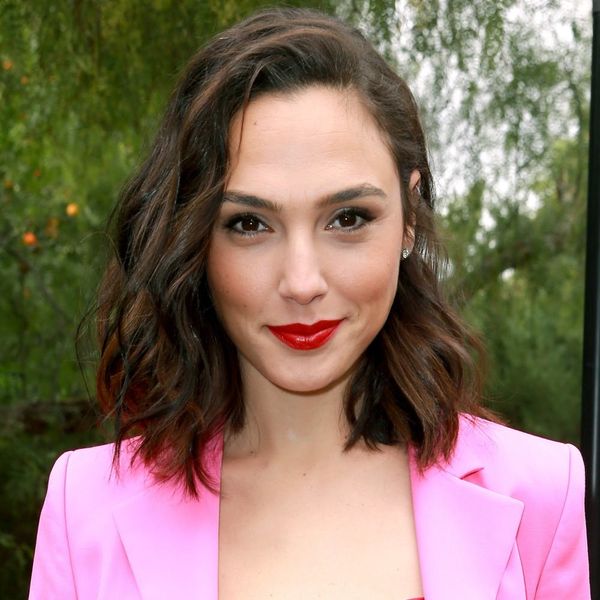 We can’t wait for the highly anticipated Wonder Woman sequel, but since we have to — it won’t be out until November 2019! — we’ll settle for whatever we can get out of the film’s star, Gal Gadot. In a new interview with Entertainment Weekly, the actress opened up about director Patty Jenkins’ lengthy negotiations, James Cameron’s criticism of the movie, and when she’ll step away from the role of our favorite Amazon.

Asked if she was at any point concerned that Jenkins would not be rehired for the sequel, Gadot replied, “Um, you want my honest opinion, right?” Assured that that is indeed what fans want to hear, she admitted, “No. I told her I was with her completely and would support her.”

She continued, “You know, I think she’s completely entitled to what she’s going to get, the renegotiations that she did. She just did a phenomenal job and knew how to tell this story in the most interesting way. By doing such a movie, it’s a female-driven movie, it’s a Wonder Woman movie. But there’s a catch in that you don’t want the movie to be just for women and just for women or superhero fans to relate to this story. It was very clear for Patty from the beginning that she wanted this story to be universal, so everyone can relate in different ways to the journey of this character. She did it brilliantly and there was no happier person than me when it was announced she was going to continue and we’re all going to reunite.”

When the interview inquired as to whether she would have refused to come back if Jenkins had not been given the sequel gig, Gadot said, “I didn’t need to. The executives at Warner Bros are smart and they showed her their appreciation. No one tried to take anyone’s credit. It was clear she created an amazing movie and she should be paid for it. There was no need to go through any declarations of any threats. Everyone was on the same page.”

😱😃 #Repost @wonderwomanfilm ・・・ Congrats to #WonderWoman – Selected by AFI as One of the Best Films of the Year. #AFIAwards

Someone who wasn’t on the same page about the film was Titanic director James Cameron, who said in an interview that “all of the self-congratulatory back-patting Hollywood’s been doing over Wonder Woman has been so misguided” and that he thought the film was “a step backwards.”

Jenkins responded directly to Cameron’s statements, but Gadot stayed quiet, a choice she now says she made because she “didn’t want to give him the stage.” She told EW, “First of all, I’m a big fan of his work. His movies are great. He was very innovative in many things that he did, and I’ve got nothing but great things to say about the creative and professional side of his work. When it happened, the timing of when it happened, he was promoting another movie of his. It was like he was looking for publicity and I just didn’t want to give him the stage.”

As for when she plans to leave Diana behind, Gadot told EW that she’ll know that it’s time to move on “once I’m there, once I feel it’s time to move on, then I’ll know. Right now I don’t know.” Fair enough. But, TBH, we hope she doesn’t get that feeling for a long, long time.

What do you think about Gal Gadot’s thoughts on Wonder Woman, Patty Jenkins, and James Cameron? Let us know @BritandCo!