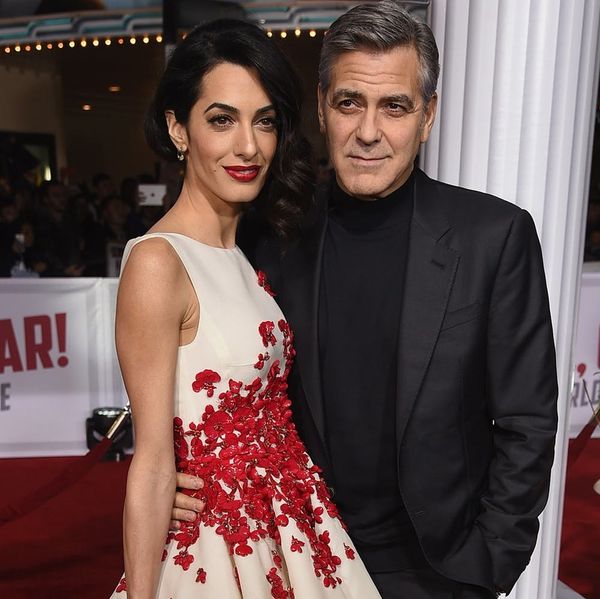 When asked to name the suavest actor in Hollywood, the stunning silver fox that is George Clooney immediately comes to mind. The notorious bachelor is basically the epitome of cool. So imagine our surprise when Clooney recently revealed to Ellen that his proposal to his now wife the girlboss Amal Clooney was not smooth in the slightest.

While making an appearance on Ellen, George told the talk show host that it wasn’t a spur of the moment decision, he had planned the whole thing out. George told Ellen he cooked Amal a romantic dinner, had his aunt Rosemary Clooney’s song “Why Shouldn’t I” playing in the background and had the ring hidden while he prepped for the big moment.

George said “I’ve got it all set up, timed out and the song is coming and she gets up to go wash the dishes, which she’s never done! I’m like, ‘What are you doing?’ and she comes back in. And finally I said, ‘Ya know, I blew out the candle’ and I said, ‘I think the lighter’s in the box behind you.’ And she reaches around and she pulls out the box and I’ve got just the ring sitting in there and she pulls it out and she looks at it and she’s like, ‘It’s a ring’ – like as if somebody had left it there some other time.”

After George tried to convey through some hilarious facial expressions that it was indeed for her he got down on one knee. Only then did Amal finally get the hint. He then told her he couldn’t imagine spending the rest of his life without her. He concluded the hilarious tale says, “She kept looking at the ring and she was looking at me and she was like ‘Oh my God.'”

George, we’re sure this awkward moment was just a one time fluke but we love you all the more for it.