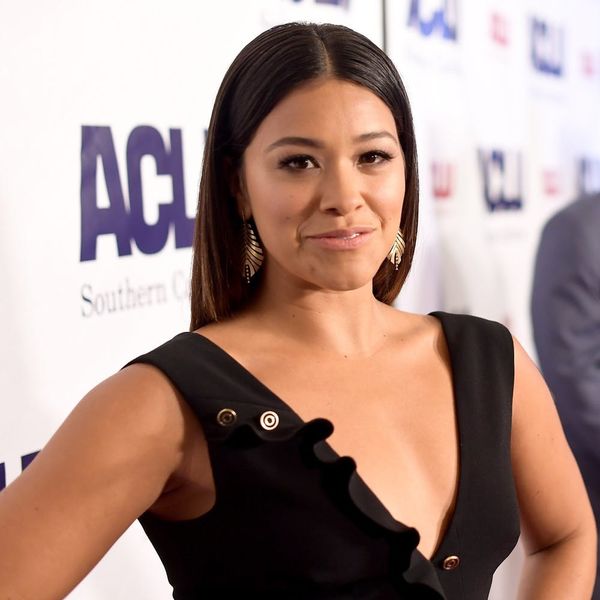 Gina Rodriguez is one busy woman. In addition to her hit CW show, Jane the Virgin, and her upcoming new shows — Netflix’s Carmen Sandiego reboot and two immigration-themed series — she’s working on a couple of upcoming movies. And while she may appear to have boatloads of energy, she credits her father’s love of boxing for her physical well being — and for getting her out of a situation with a producer that could have been much worse.

The actress and producer shared her love of the sport of boxing in an interview with Vogue. Her father, Genaro “Gino” Rodriguez, taught all three of his children how to spar when they were growing up in Chicago.

Rodriguez told Vogue that it came in handy a few years ago, when she was asked by a director if she would read a television pilot he’d written. When he tried to turn the meeting into something more, Rodriguez punched him in the jaw. She’s tweeted about it in the past, though without the extra details, saying at the time, “I punched a guy in his jaw and cried for hours out of fear he’d pull a revenge move on me.”

Rodriguez also credits taking control of her Hashimoto’s disease with helping her gain the strength she needs in Hollywood. The disease is one where a person’s immune system attacks the thyroid gland, making the organ’s normal functions impossible, but Rodriguez didn’t understand that her symptoms were as bad as they were.

After being diagnosed with a thyroid condition in college, she simply took the medication she’d been given without thought. But for years, with no amount of exercise making her feel healthy or well (including running 20 miles a week training for a marathon), she went back to the doctor and learned of her diagnosis. Now she relies on a specially formulated diet, medication, and, of course, regular boxing and Muay Thai to make her feel well.

And kick ass too.

Have you ever had a mystery illness? Tell us @BritandCo.