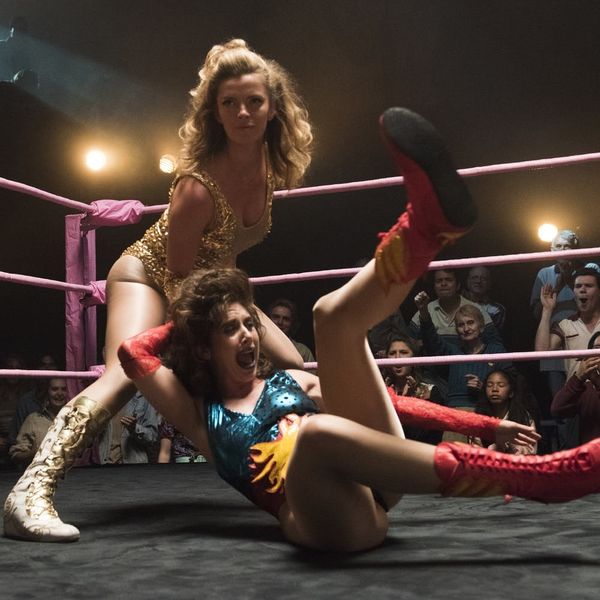 Get ready for mile-high hair and shiny leotards, because the gorgeous ladies of wrestling are coming back for more. Netflix’s GLOW just announced its season 2 premiere date with a Flashdance-esque video that’ll have you on your feet in moments.

In the video, Ruth “Zoya the Destroya” Wilder (Alison Brie) and Debbie “Liberty Belle” Eagan (Betty Gilpin) are pumped to jump back into the ring along with the rest of the assorted cast of characters we grew to love in the first season.

With Michael Sembello’s “Maniac” as the video’s soundtrack, Ruth and Debbie bust a move with Cherry “Junkchain” Bang (Sydelle Noel), Carmen “Machu Picchu” Wade (Britney Young), and their other friends and competitors, who show off their spunky dance moves with leg warmers, headbands, and neon accents. That is, until their boss, Sam (Marc Maron), steps in to *attempt* to stop the fun.

The series, which was created by Liz Flahive and Carly Mensch, is a fictional take on the IRL ’80s GLOW phenomenon that capitalized on wrestling’s popularity but added a unique twist to its shows by having women be the stars of the action.

Season 2 of GLOW will hit Netflix on June 29.

Are you excited for the second season of GLOW? Let us know @BritandCo!