‘Good Girls’ Episode 5 Recap: Can a Life of Crime Be Boring? 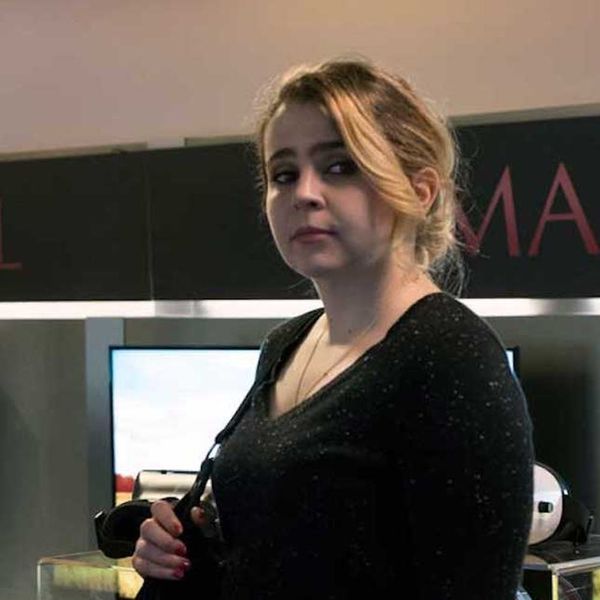 Good Girls turned in a rather quiet episode with “Taking Care of Business,” though that doesn’t mean the episode wasn’t good — it was just a little slow. Beth (Christina Hendricks) continues to flirt with danger, Annie (Mae Whitman) continues to be a hot mess, and Ruby (Retta) continues to make me cry nearly every week with her story line.

First off, it’s money-laundering time. The women get $100,000 to spend at various stores and then return everything with a receipt, which means they can get cash. It nearly goes off without a hitch, except that Annie is home alone this week while Sadie (Izzy Stannard) is on a trip with her dad and stepmom, so she’s a bit lonely and going kind of stir-crazy. When the electronics salesman selling her $20,000 worth of TVs hits on her, Annie calls him later and they have a one-night stand. He sneaks out in the middle of the night, stealing the receipt on which he wrote his name and number. The very receipt she needs to return the TVs for cash.

When the girls go to confront him about why on Earth he would do that, they find out he’s married with two kids. Oh, dude. He stands there, with a little girl clutching his leg and his wife holding a beautiful baby, and I just want to punch him in the throat.

Beth and Ruby keep Annie from spilling the beans right then and there (because, as Beth says later, it was written all over the wife’s face that she already knows, and why would you do that in front of his little girl?) and they dig through his garbage to find the receipt.

Honestly, this wasn’t the most compelling story line. It’d be nice to see Annie be a little more competent. As Beth harangued her for the hook-up, I found myself agreeing with big sister — this isn’t about slut-shaming, it’s about just plain shaming. Annie is being incredibly reckless by inviting a stranger into her home, which has wads of cash and five very expensive TVs in it. I initially thought Brian was going to have his buddies rob her of the TVs while they hooked up, but the show went another way. In any case, Annie needs to rein it in.

But one person who is not incompetent is FBI Agent Turner (James Lesure), who is hot on Rio’s trail, which leads right to Beth’s house. She doesn’t know what to do about the Feds, though my first response was, “Tell them you’re sleeping with Rio, duh,” and that’s exactly what she ends up doing. She makes it sound like a one-night stand and Turner appears to believe her, but you know his spidey sense is tingling, so Beth better be careful.

Dean (Matthew Lillard) is trying his best to get back in her good graces, because even his (fake) cancer hasn’t seemed to thaw the ice that much. It’s kind of sad to watch, because you know Beth is changing so much right now and Dean just can’t keep up or compete anymore. But he also “screwed his secretary and lost all their money,” so this is all his own fault.

Finally, Ruby’s daughter Sara (Lidya Jewett) collapses at her dance recital, and it turns out she’s been stashing her super expensive medication because she felt better and wanted to save it up for when she needed it again, because she knows money is tight. Awww. The hospital scenes were really heartbreaking, and Retta is absolutely killing her material on this show.

Still, the episode felt a little boring. This show is definitely at its best when the three women are together and the stakes are high, and the arcs this week just didn’t quite meet that standard. Hopefully, next week bounces back with a little more action.

What did you think of this week’s episode? Tell us @BritandCo.