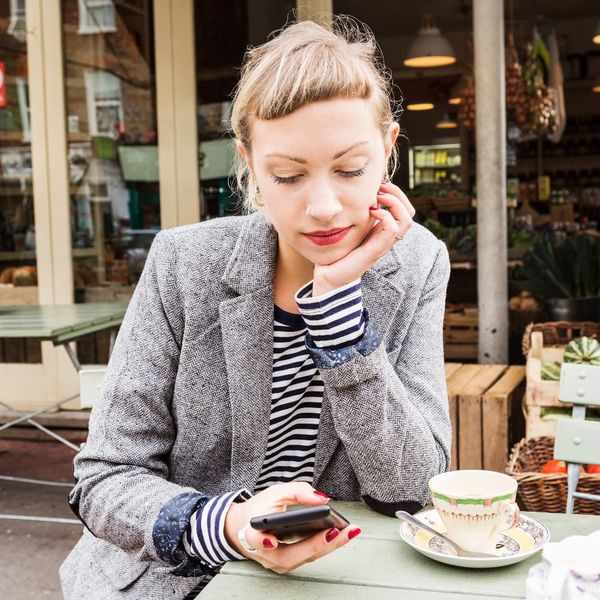 Breaking up with your S.O. (or even just going on “a break”) is rarely easy and can often leave you with plenty of hard-to-handle leftover emotions. While you don’t always get the chance to tell your ex everything that might be on your mind post-split, there’s now a Google Spreadsheet to come to your rescue.

Created by 24-year-old Princeton graduate Sean Drohan, the spreadsheet is pretty darn blatant in its purpose. The idea for “things i wanna text my ex” came about while Sean was having lunch with a friend. He told Refinery29, “There’s plenty I would like to say to my exes (and too much I’ve already said).” Lol! We can certainly relate to that.

He added, “People enjoy anonymous opportunities to cry into the ether. There’s kind of this unanswered question of to whom we say these things and why, but that’s what’s interesting.” True enough. Our sentiments may not reach our ex-lovers, but at least by putting them out there we can get ‘em off our chests. Though even Sean admits that he was surprised by the sheet’s popularity (there’s currently over 200 entries) and depth. “Just the level of earnestness. People really took it as an opportunity to speak some truth.”

Most of the unsent texts are pretty straightforward and amusing…

“if you had spent less time cheating and more time canvassing, Hillary would have took Iowa.”

While others are shockingly moving…

“A breeze hit my leg by the stove the other day and I thought it was the cat, but then I remembered I don’t live with the cat anymore. I cried. When you venmo’ed me your half of the couch and desk at work, I went to the bathroom. I cried. Thank god for single-stall, gender-neutral bathrooms. My therapist says I’ll be your biggest regret, but I pay him to say things like that. My friends say you’re a dick, but they’re my friends. I say that I miss you and I miss the inside jokes and language we had that’s now a dead religion no one practices. I’m still shaken by our breakup, and trying to rebuild myself. I wish you had held my hand more, and I wish I had been gentler.”

“I know you still want to be friends, but please understand that I cut you out of my life because having you in it now just breaks my heart.”

“I read a list of things that people want to say to their exes today and mostly it makes me so grateful to know that you will always be my best friend.”

What do you wish you could text your ex? Tweet us @BritandCo!

Desiree O
Desirée O is a ‘Professional Bohemian’ who loves anything and everything related to the arts, entertainment, and pop culture. She ADORES being a ‘Newsy’ for Brit + Co, covering all of the latest tidbits of awesomeness that you want to read about. When she’s not writing, she’s either making messy art, going on long adventurous walks with her camera, or poking around over at bohemianizm (http://www.bohemianizm.com/). You can find out about Desirée O and her work at http://DesireeO.com/ or follow her on Twitter @DesireeO.
Relationships
More From Relationships