Goop Won’t Give Up on Those Terrible Jade Eggs, and That’s a Problem 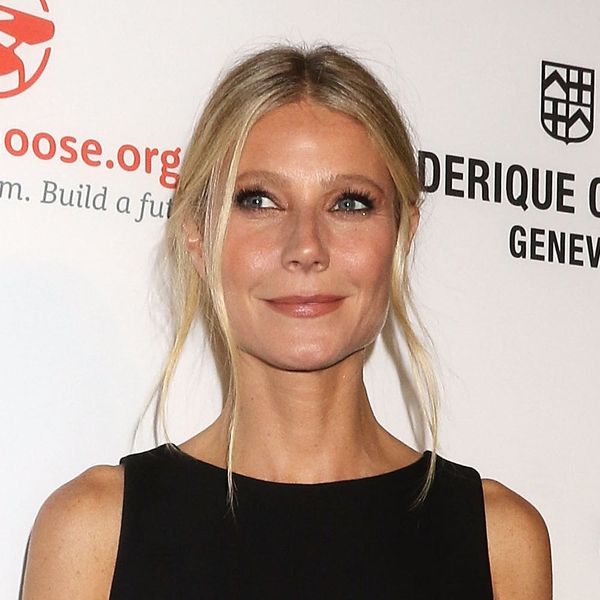 Remember those jade eggs that Gwyneth Paltrow tried to hawk to the masses in January, claiming they could increase libido and lubrication in women who put them in their vaginas? Well, her lifestyle website, Goop, is still promoting the product (which Goop sells for $55 to $66), despite the fact that multiple doctors have stated that the eggs could be dangerous if they’re used in the manner that Goop is recommending.

Goop drew eye-rolls and outrage from doctors and sex educators when the site dropped a Q & A promoting the jade and rose quartz “eggs for your yoni” earlier this year, making all kinds of claims about the “benefits” of shoving a smooth rock up your vagina for hours on end. In the site’s interview with fellow wellness brand owner, Shiva Rose, Rose claims that “Jade eggs can help cultivate sexual energy, increase orgasm, balance the cycle, stimulate key reflexology around vaginal walls, tighten and tone, prevent uterine prolapse, increase control of the whole perineum and bladder, develop and clear chi pathways in the body, intensify feminine energy, and invigorate our life force.”

Goop’s magical eggs garnered concerned attention from several health professionals, particularly Dr. Jenn Gunter, a gynecologist with a popular blog and large Twitter following. In an open letter to Paltrow about the eggs, Gunter wrote that as a porous substance, a jade object in a woman’s vagina could act as a breeding ground for harmful bacteria. Further, Gunter clarified that it’s biologically impossible for jade to in any way adjust hormone levels. Another physician, Dr. Lauren Streicher, who is an associate clinical professor of obstetrics and gynecology at Northwestern University, told CNN in January that she worries women could get the eggs lodged in their vagina, and scratch themselves in the removal process.

This is far from the first time Goop has promoted products that have compelled gynecologists to speak out. In 2015, Paltrow herself recommended a vaginal steaming product that “cleanses your uterus, et al” when you sit on top of it. Gunter quickly took to her blog to note that vaginal douching of any kind (including steam) can be harmful. “We don’t know the effect of steam on the lower reproductive tract, but the lactobacilli strains that keep vaginas healthy are very finicky about their environment and raising the temperature with steam… is likely not beneficial and is potentially harmful,” Gunter wrote.

Earlier this month, Goop posted a response to the jade egg’s critics, even specifically calling out Gunter as “a San Francisco-based OB-GYN/blogger.” Trotting out blurbs from two Goop doctors, Steven Gundry and Aviva Romm, Goop framed legitimate medical criticism as an attempt to snatch sexual empowerment out of the hands of women, and insisted that their products are not harmful.

But it’s not just scammy products that might harm women that get people ticked off about Goop. As a lifestyle brand that unapologetically markets to people with a willingness to overlook science and who have expendable income, Goop has also taken heat for its less-than-progressive approach to female empowerment. Gunter has also called this out on her blog, arguing in her jade egg take-down post that encouraging women to put rocks in their vagina so that sex is more pleasurable for men is anti-woman.

But Paltrow doesn’t seem to care much, as her site continues to deny there is anything questionable about the products and services it peddles to women who can afford a $60 vagina rock. Ultimately, what anyone puts in their body is a personal choice, but at the bare minimum, people offering up these body “solutions” should be forthcoming about what they’re encouraging people to consume.

What do you think about Goop and the jade “yoni eggs?” Tell us on Twitter @BritandCo.