Grapes — Yes, Grapes — Might Be the Future of Birth Control 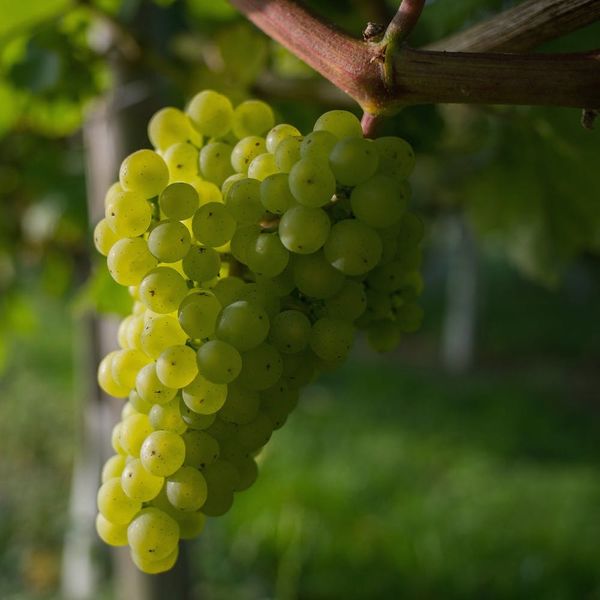 According to a new study conducted by researchers with the University of California, Berkeley, two plant-based compounds, lupeol and pristimerin, have the ability to interfere with the chemical make-up of sperm. The names of these compounds probably sound pretty foreign, but most likely you’ve been consuming one of them your whole life. WIRED reports that lupeol is found in mangoes, grapes, and olives. Pristimerin, meanwhile, can be found in an herb known as — wait for it — the “Thunder God Vine.” Who knew?!

The new study, published mid-May in the journal PNAS, found that these two compounds can stop sperm from moving fast enough to break through the surface of an egg, preventing fertilization.

Oh and did we mention that this is a birth control that could be used by men? Because these compounds hack sperm and not eggs, this method could really even the playing field and make contraception more gender equitable. At the moment, there is no long-term and non-surgical birth control option available to men, leaving women with most of the responsibility for preventing pregnancy.

This research is brand new but, hopefully, follow-up research and studies will come quickly, given that access to birth control just got a lot more difficult thanks to President Trump.

The rule has been in place since 2012, and guaranteed for the first time that women would have employer-covered birth control. Without this rule in place, the National Women’s Law Center tells the New York Times it is a certainty that many women will lose birth control coverage, adding another barrier to preventing unplanned pregnancy.

Luckily, further research on the plant-based compounds is already in the works. The Berkeley researchers are already testing the compounds in primates to see how long the effects of the compounds last so they can begin to figure out dosages, according to WIRED. The results of these tests should be out this year.

Lead researcher Polina Lishko tells WIRED that the ultimate goal for this research is to develop a birth control that could be used by either men or women. Like birth control currently prescribed to women, Lishko says she expects the plant-based contraception could be taken orally or through an implantable ring.

The prospect of a non-hormonal birth control that could be even better than the options out there now, and not to mention one that could be used by both men and women, is exciting. It also feels necessary for more options to be available (and not just for women) if the government continues to make it harder for some women to access affordable birth control.

Elizabeth King
Elizabeth King is a politics, history, and culture writer based in the Twin Cities. She is generally pretty cranky but still enjoys traveling, music from the early 2000's, and plotting the resistance. Feel free to say hi on Twitter at @ekingc or check out some of her work at www.elizabethcking.com.
Birth Control
Womens Health
Birth Control Womens Health
More From Womens Health