Great News: You Don’t Get Less Rational During Your Period 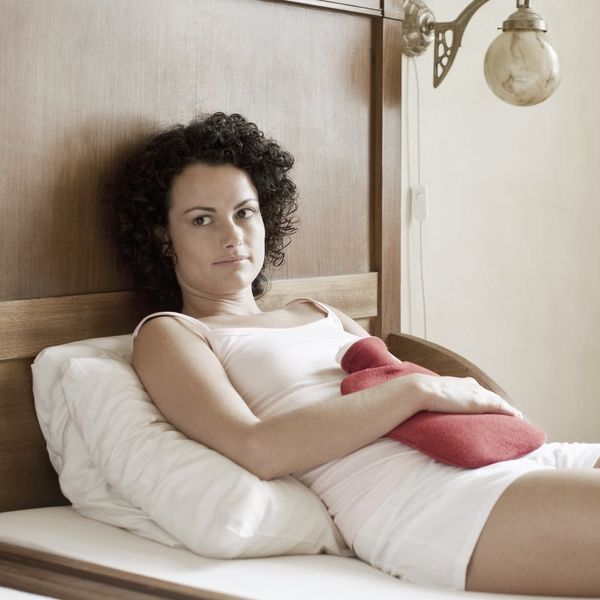 Everyone who has ever had a period has heard it before: “You’re not actually upset; it’s just your period.” A woman (or non-female-identifying person who menstruates) doesn’t even need to actually be having a period to hear objections from others that they’re irrational or otherwise not thinking straight.

Whether it’s with a significant other or a friend, or if you’re just at work doing your job as a journalist and a presidential candidate who doesn’t like tough questions says you must have “blood coming out of [your] wherever” (as then-Presidential candidate Trump infamously did to then-Fox anchor Megyn Kelly last year), women are awash in the stereotype that having your period means you can’t think straight. Of course, all of this is a stereotype, and not rooted in science. And now, we have proof.

A new study published in the journal Frontiers in Behavioral Neuroscience demonstrates that women don’t see consistent changes in their ability to make decisions or multi-task while they’re menstruating. The study was conducted by several Western European universities and examined data from 68 women during two menstrual cycles.

Scientists tracked cognitive bias, working memory, and the ability to pay attention to two things simultaneously. Across the board, the women in the study did not consistently struggle across any of these areas while they were menstruating compared to when they were not on their periods.

But, there’s a bit of a depressing twist: Untrue stereotypes about how well women function while menstruating can actually harm a woman’s ability to concentrate in and of themselves.

An unrelated 2012 study published by the journal Sex Roles found that women who completed a menstrual history questionnaire before taking a math test and a Stroop test (a test that evaluates response time when completing a task) performed worse than those who did not read information about periods before the tests.

The findings suggest that merely being reminded of periods, which carry great stigma for women throughout the world, made women perform worse. In other words, the stereotype changes the way women see their own ability.

Other studies have also found that period stigmas have negative consequences for women’s health, sexuality, and overall well-being.

Studies like these demonstrate just how much of an impact stereotypes can have on women’s cognitive ability with regard to brain function. When in fact, it’s not menstruation itself that is causing the problems, but deep-rooted stereotypes about what women are and are not capable of.

While these stereotypes still run very deep, there are signs that menstrual taboo is beginning to go by the wayside. Last year, Newsweek published an article about the mainstream fight against period stigmas: From poet Rupi Kaur’s viral fight to keep a photo depicting menstrual blood posted to her Instagram and social media campaigns aimed at publicly discussing periods (such as #HappyToBleed), people are beginning to talk more openly about their periods.

It could take a really long time to repair the damage that has been done to individual women and women as a whole —and all genders — because of false stereotypes about menstruation, but the work is being done. Between studies that debunk the stereotypes and activism that proves them false, progress will continue.

What do you think about the new study about periods and cognition? Tell us on Twitter @BritandCo.

Elizabeth King
Elizabeth King is a politics, history, and culture writer based in the Twin Cities. She is generally pretty cranky but still enjoys traveling, music from the early 2000's, and plotting the resistance. Feel free to say hi on Twitter at @ekingc or check out some of her work at www.elizabethcking.com.
Period
Womens Health
Period