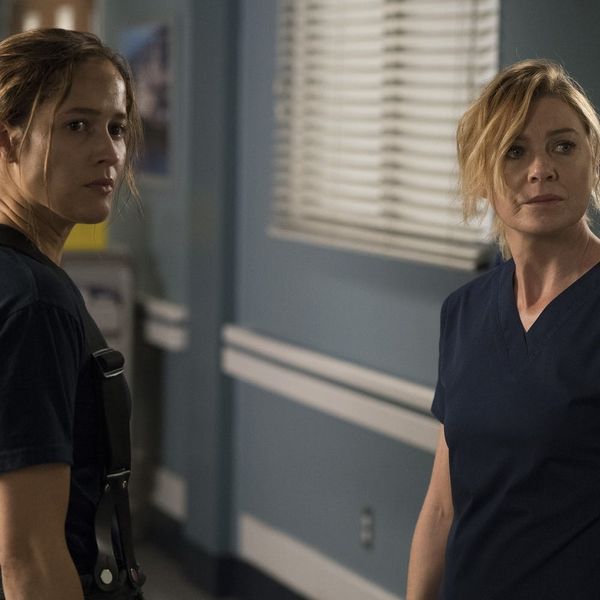 After watching the first action-packed trailer for Station 19, we couldn’t wait to dive right into the drama. Fortunately, we won’t have to wait long: Although the spinoff doesn’t premiere until March 22, ABC just debuted a heart-pounding trailer for the Grey’s Anatomy–Station 19 crossover episode on March 1.

Jaina Lee Ortiz, who stars as firefighter Andy Herrera on Station 19, will be introduced to viewers on the upcoming “You Really Got a Hold on Me” episode, which sees the first responder in a situation where a young boy’s life is *literally* in her hands.

After rescuing a kid who was injured in a house fire, Herrera must keep pressure on his wound to prevent him from immediately bleeding to death. As Meredith Grey rushes to operate with Herrera by her side, the firefighter isn’t sure she can do what’s needed of her. “I’m one fingertip away from this kid dying,” she says. “What if I miss?”

Luckily for everyone involved, Meredith is there to ease her fears. “You run into fires. You can do this,” she says calmly.

The intense episode was written by showrunner Stacy McKee, who suggested that even more crossovers could take place between the two series. Station 19 is in fact just a few blocks down the street from Grey Sloan Memorial Hospital. And with Ben Warren (Jason George) making a career change to join the firefighting crew, there’s certainly plenty of potential for the shows to continue to merge.

“The world takes place in Seattle, the same place that Grey’s does, so there’s a lot of potential for cross-pollination,” McKee said in January, according to Variety. “We hope that comes to fruition.”

For now, check out the trailer for the special Grey’s Anatomy–Station 19 crossover episode, which airs March 1 at 8pm, right before the Scandal and How To Get Away With Murder crossover episode during ABC’s #TGITCrossover event.

Are you excited for the Grey’s Anatomy–Station 19 crossover episode? Let us know @BritandCo!