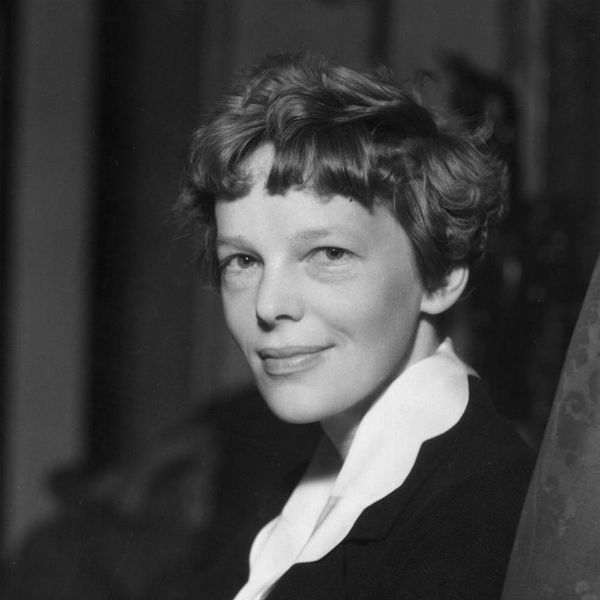 For over 80 years, Amelia Earhart has captured our imaginations. As the first female pilot to attempt to circumnavigate the globe, Earhart has been long considered a hero to many. Now, the History Channel is airing a documentary that claims the famed pilot actually survived her crash and was taken captive, based on a single long-lost photo that appears to depict the pilot and her navigator.

In a photo of a dock on the Marshall Islands, History’s documentary, Amelia Earhart: The Lost Evidence, claims that the seated figure with their back turned to the camera is, in fact, the famous pilot. The documentary argues that this photo also depicts Earhart’s navigator, Fred Noonan.

The documentary also asserts that Marshall Islands residents who were children at the time of Earhart’s disappearance report seeing Earhart and Noonan being taken away by Japanese military officials. While tough to verify, it seems at the very least plausible that this could be the pair.

Although the Japanese government has never confirmed any connection with Earhart’s disappearance, the producer of the doc, Gary Tarpinian, said, “We believe that the Koshu took her to Saipan [in the Mariana Islands], and that she died there under the custody of the Japanese. We don’t know how she died. We don’t know when.” If true, this theory would solve one of the 20th century’s most compelling disappearance cases.

The documentary airs on the History Channel on July 9.

Who was your favorite historical adventurer? Tell us @BritandCo!