10 Quietly Creepy Novels to Get You in the Halloween Spirit 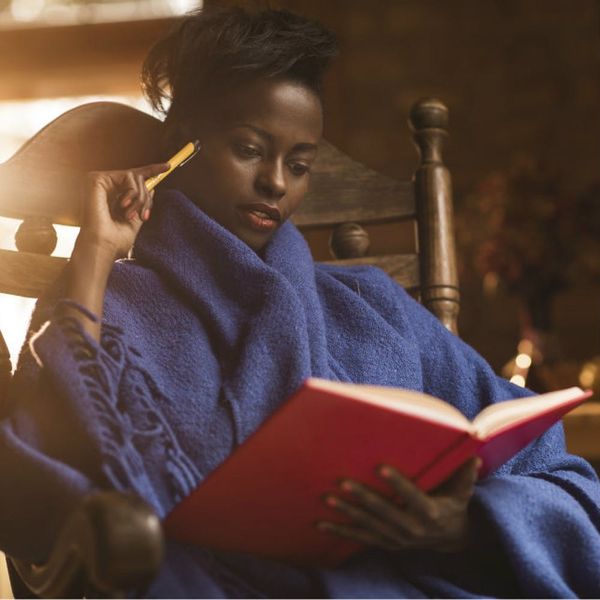 Cool autumnal weather means spending cozy nights at home with a bottle of fall wine, a unique fall candle and a good book. With Halloween less than a month away, we thought we’d get into the holiday spirit by reading a spooky story or two (okay, and DIY’ing cat halloween costumes). While fun spine-chillers like Pet Sematary and Gone Girl are always cool with us, this time we decided to go the more literary route with our petrifying book picks. These 10 celebrated classics and contemporary novels are entirely bewitching, and will make you want to read with all the lights on.

1. The Secret History by Donna Tartt ($10): No spoilers here: This cult classic about a society of Classics majors at a New England college begins with a confession of murder. Narrator (and new guy to the cool-kids group) Richard Pappin spends the remainder of the novel unraveling the disturbing story of how he became intoxicated by this group of rich kids — and then how they set about murdering one of their own.

2. Never Let Me Go by Kazuo Ishiguro ($10): From the first paragraph, you’ll immediately feel uneasy and off balance as the narrator, a young woman named Kathy, tells you about her job as a “carer.” It’s an innocuous enough sounding position at first, but once you realize what’s really going on at her “boarding school,” you’ll no doubt be struck with open-mouth horror. We won’t spoil the revelation for you; you’ll just have to read this poignant, alarming take on our future as a society for yourself.

3. Midnight in the Garden of Good and Evil by John Berendt ($12): To say the cast of characters in this true crime novel set in Savannah is eclectic would be like saying Taylor Swift only kind of likes red lipstick. There’s a voodoo priestess, a black drag queen and a dangerous inventor (to name a few) who get wrapped up in the murder trial of a local male prostitute. The most fascinating part of all? This is non-fiction! It’s wicked, sharp and full of delicious supernatural elements.

4. The Turn of the Screw by Henry James ($3): Here, we have the OG plot of the basic horror movie. A young woman is hired to baby-sit two precocious and creepy kids in a similarly creepy, rundown mansion. The babysitter soon starts seeing phantoms on the lawn every evening, coming closer until they’re inside the house — and wait until you read what happens to the children. If you love to terrify yourself with ghost stories, this is the book for you.

5. The Book of Strange New Things by Michael Faber ($10): When we saw Sarah Jessica Parker Instagram this hulking tome, with its gold embossed pages and gorgeous cover, we knew we had to pick it up. Of course, Faber’s sweeping sci-fi alien thriller is more than just a pretty face. Peter, a Christian man, goes on the mission of a lifetime — to another galaxy, to bring the teachings of the Bible to an unknown alien species. His “book of strange new things” begins to cause trouble on the new planet, all while Peter’s wife Bea is back on Earth, sending letters to him about an apocalyptic present. This is a long, eerie read, but you’ll be hard-pressed to put it down — and not be haunted by it after you finish.

6. Frankenstein by Mary Shelley ($6): Sure, we all know the cartoonish image of the square-headed science experiment, but the original story, written by 18-year-old (!) Shelley, is so much more nuanced, frightening and thought-provoking than any movie monster. Dr. Frankenstein assembles his monster from stolen body parts. Once the monster is brought to life, it turns on his creator and sets out to murder the young doctor. Questions of morality, scientific advancement and what it means to be human surround the terrifying tale.

7. Fates and Furies by Lauren Groff ($9): This renowned best-seller is a gripping and unsettling deep dive into the psyches of a long-married couple, Lotto and Mathilde, two creatives who are at once a part of each other and unknown to one another. There are moments of transcendental beauty, overwhelming love and soul-crushing heartbreak. However, this novel is more about the secrets and lies that accrue between two people in a long-term relationship. The deception that takes place is disturbing, with secrets spanning decades. We can’t tell you more than that.

8. The Picture of Dorian Gray by Oscar Wilde ($7): Even though Wilde wrote Dorian Gray in 1891, the themes of vanity and self-obsession ring startlingly true in our selfie-obsessed culture. The only difference is that while we can disconnect whenever we feel like it, Gray literally sold his soul to remain forever young, while an enchanted portrait of himself slowly wastes away as the real man ages — and sins.

9. The Girls by Emma Cline ($15): Cline’s debut novel is haunting, atmospheric and totally unsettling — a 2016 answer to 1993’s The Virgin Suicides by Jeffrey Eugenides. It follows the journey of young, impressionable Tess as she gets caught up in a California cult in the hippy-dippy 1960s. But what happens while she’s there is anything but groovy vibes, man.

10. Rebecca by Daphne du Maurier ($10): “Last night, I dreamt I went to Manderly again…,” opens one of the most famous and creepy Gothic novels of the 20th-century. An innocent new bride who hardly knows her husband moves into his isolated mansion on the chilly, windswept coast of England (talk about a classically eerie setting), taking the place of his recently drowned first wife, Rebecca. Add in one seriously sinister housekeeper, and this psychological thriller and murder mystery will hold your horrified attention page-after-page.

What are some of your favorite creepy novels to read around Halloween? Tweet us @BritandCo so we can add them to our list!