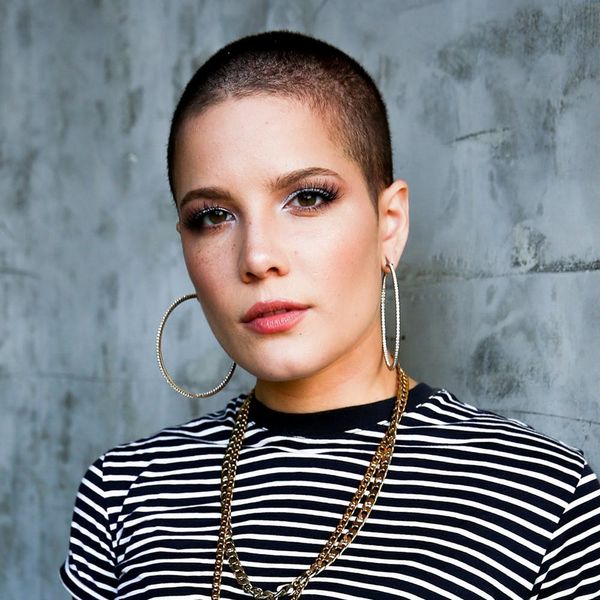 If you thought Katy Perry and Taylor Swift had bad blood, just wait until you hear the jabs Halsey just threw at fellow musician Iggy Azalea!

In a new interview with The Guardian to discuss her new album, Hopeless Fountain Kingdom, the 22-year-old took a swing at the “Switch” performer, going so far as to drop an F bomb while referencing her.

The comments in question came about when writer Peter Robinson questioned Halsey’s choice as a bisexual woman to release a track with Migos’s Quavo, who made some rather brow-raising remarks (for which he later apologized) about gay MC iLoveMakonnen’s decision to come out.

“I think he’s misunderstood,” she said in response. “Just because I choose to be a socially conscious artist, and I’m pretty good at it, that doesn’t mean every artist is going to be equipped to be politically correct. I don’t think he’s inherently homophobic, I think he’s in a tough place of trying to explain what he means. I agree his apology was bullsh*t, but I can’t police everybody.”

Still, she told Robinson that even she has her limits, listing Iggy Azalea as the one artist she would never work with. “There’s a lot of people I wouldn’t put on my record. Iggy Azalea: absolutely not. She had a complete disregard for black culture.” It’s an issue that’s close to home for Halsey, who is biracial, which quickly became clear when she went on to say, “F*cking moron. I watched her career dissolve and it fascinated me.” Ouch!

She’s not the first person to call the rapper out for cultural appropriation: In addition to a longstanding feud over the issue with Azealia Banks, Q-Tip gave Azalea a “history lesson” via Twitter about the background of her genre after raising concerns over her Grammy nomination for Best Rap Album of the year back in 2014, while others took issue with what they deemed her “blaccent,” with rapper Jean Grae equating the Australian born musician’s dialect to “verbal blackface.”

But it seems as if Halsey has now created her own snafu, as fans are none too pleased with her choice to shun one artist’s social missteps while excusing another’s. After flooding her Twitter with comments of disappointment, she has apologized in a thread of Tweets meant to further explain her comments about Quavo.

Honestly? I didn't know that Quavo had made homophobic comments when I collaborated him. We've never spoken a word to each other and +

+ I have no intention of pursuing a friendship there, unless he wants to make a legitimate apology.

I work tirelessly to represent & support marginalized communities I love & am a part of. I'm sorry if my actions have ever seemed otherwise.

She also responded directly when someone questioned why she would defend someone she had never even spoken to over her LGBTQ+ fans, saying that they had an “important point” and offering her condolences.

I think thats an important point. I AM queer & I TRY to be understanding & want people to be educated. But im truly sorry for my misjudgment https://t.co/ESomRyiyBh

Again, I am truly sorry for my misjudgement and I am happy to have listeners who hold me accountable.

Iggy Azalea has yet to respond.

Are you team Halsey or team Iggy on this one? Let us know over @BritandCo.