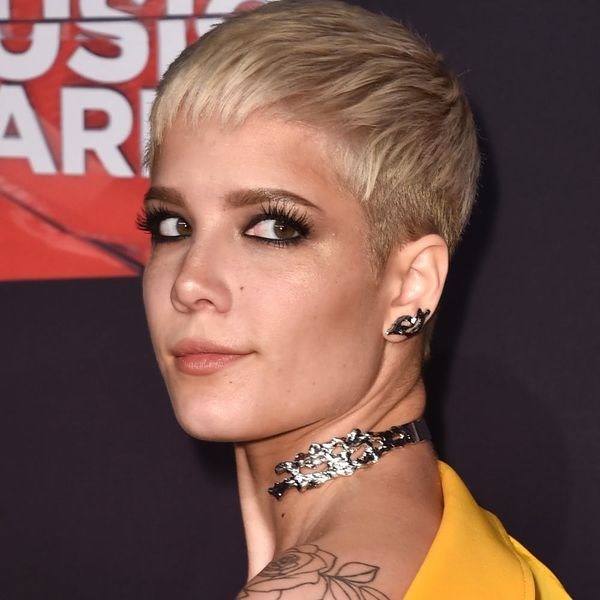 We’ve enjoyed ourselves at Coachella all weekend long, checking out the music, the beauty, and of course, the style, but there’s a little known fact that’s been stewing in the back of our minds ever since Teen Vogue, along with singer Halsey, brought it to our attention: Lady Gaga (who subbed for a pregnant Beyoncé) was the fest’s first female headliner in 10 years. 10 years!

What’s more, while there were undoubtedly some kick-ass babes on this year’s lineup, such as Lorde, the female-fronted Phantogram, and Banks, to name a few, a good majority of the acts were made up of men.

Halsey, who performed at last year’s fest, spoke out about the disheartening stats of the festival and the music industry in general with CBS News, explaining the trend by saying, “Festivals like Coachella, they pride themselves on being part of the counterculture, being tastemakers, upholding themselves to a certain standard of the artists that they include, and I think that one of the problems is that female artists are so often tainted as pop artists even when they don’t necessarily intend to be.”

In short? They’re considered too mainstream for the likes of a fest that aims to go against the grain and showcase edgier, indie acts. “Female artists can put out the same style of a record as a male artist, and when a male artist does it, it has a certain type of dignity, a certain type of edge… as soon as a woman puts out a record of the same caliber, it’s immediately filed as a pop record, no matter what,” she concluded. (She would know — her hit single with The Chainsmokers “Closer” instantly dubbed her a pop star, despite her independent, more alternative 2015 CD release, Badlands.)

So how did Gaga manage to break the mold? Halsey says it’s something she’s had to work for. “[I know] the extremes [Gaga] has to go to to maintain that counterculture are much greater than that of what a male artist has to do,” she told the outlet. Case in point? Drake. “Drake is still considered a rap/rhythm artist, even though he is essentially a pop artist when you look at the decisions that he makes and the climate that kind of surrounds his projects,” she said.

Still, she remains a fan of the fest, attending alongside celebs such as Selena Gomez and The Weeknd, saying that she was “thrilled” to go see Mother Monster perform. We can’t say we blame her: It IS Lady Gaga, after all.

Do you think Halsey has a point? Sound off over @BritandCo.

Nicole Briese
Nicole is the weekend editor for Brit + Co who loves bringing you all the latest buzz. When she's not busy typing away into the wee hours, you can usually find her canoodling with her fur babies, rooting around in a bookstore, or rocking out at a concert of some sort (Guns N' Roses forever!). Check out all her latest musings and past work at nicolebjean.com.
Coachella
Gender Issues
Coachella Music