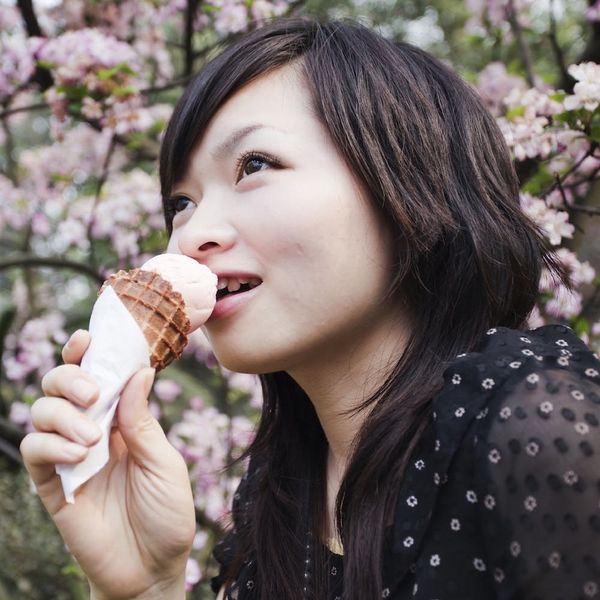 It’s hard to decide which part of a hangover sucks the most: the headache, the regret or the nausea. While many cures are just as nasty as the hangover itself or kind of extreme (hangover IV, anyone?), we can now ditch the Tylenol for something a little more appetizing. South Korea has invented a hang-over curing ice cream. It’s like a day-after-the-party dream come true!

Called the Gyeondyo-bar (i.e. the “hang in there” bar), it’s a grapefruit-flavored treat with a small amount of an ingredient called Hovenia dulcis (Japanese raisin tree) fruit juice, which has been a key ingredient in hangover cures since the 1600’s. Unfortunately, the ice cream bar is only available in South Korea, where the search for the ultimate hangover cure is a $125 million per year industry (holy cow!) and offers everything from pills that quell the icky after-effects of drinking to cosmetics specifically designed to mask the signs of your late-night partying.

Now, who’s gonna bring hangover-curing ice cream to this side of the world, because that’s just an A+ idea that any party animal will love.

Is hangover-curing ice cream something you need in your freezer for those post-party recoveries? Tweet us @BritandCo!

Desiree O
Desirée O is a ‘Professional Bohemian’ who loves anything and everything related to the arts, entertainment, and pop culture. She ADORES being a ‘Newsy’ for Brit + Co, covering all of the latest tidbits of awesomeness that you want to read about. When she’s not writing, she’s either making messy art, going on long adventurous walks with her camera, or poking around over at bohemianizm (http://www.bohemianizm.com/). You can find out about Desirée O and her work at http://DesireeO.com/ or follow her on Twitter @DesireeO.
Dessert Recipes
Entertainment
Dessert Recipes Ice Cream
More From Entertainment