All 8 “Harry Potter” Movies Are Heading to HBO 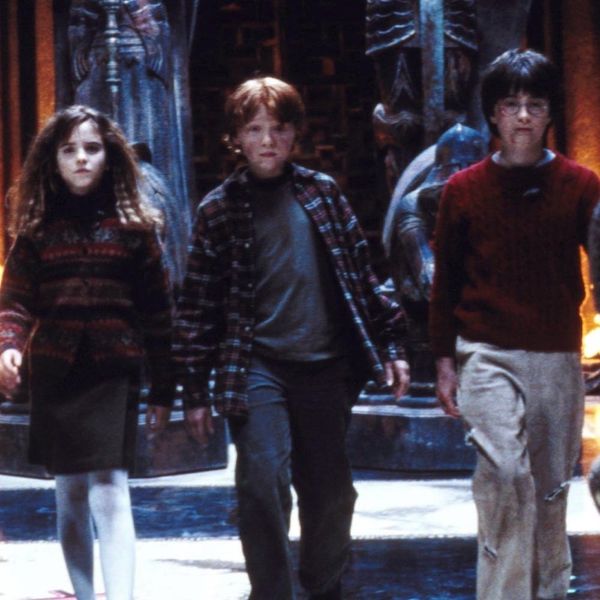 If you’re one of the muggles who freaked out over the news that a Pokémon GO-style Harry Potter game is coming next year, you’ll also love this latest development: All eight of the beloved movies are heading to HBO.

The newest film in the wizarding franchise, Fantastic Beasts and Where to Find Them, is already available to watch on HBO, but you’ll need to schedule some additional binge-watching sessions for early next year, because the original eight movies will hit the network throughout the first month of 2018. Now that’s how to start a new year right!

Those who want to rewatch the extended enchanted tale will be able to stream the entire franchise through HBO GO, HBO NOW, HBO On Demand, and affiliate portals starting on January 1, making this the first time that all nine films (the Harry Potter flicks plus Fantastic Beasts) will stream on the same subscription platform while also airing unedited on a television network without commercial interruptions.

That’s right — HBO is also offering viewers a marathon of the entire franchise, which will start with Harry Potter and the Sorcerer’s Stone on January 1 at 9am ET/PT and end with Fantastic Beasts and Where to Find Them on the morning of January 2. If you’ve never attempted to watch ALL of the movies in one sitting before, don’t worry: We have all the tips you need to host a Harry Potter binge-a-thon.

After the marathon, HBO Family will take you through the franchise again, but at a slower pace, airing one film per night starting on January 2 at 8pm ET/PT and ending on January 10.

Wednesday, January 3 – Harry Potter and the Chamber of Secrets

Thursday, January 4 – Harry Potter and the Prisoner of Azkaban

Friday, January 5 – Harry Potter and the Goblet of Fire

Saturday, January 6 – Harry Potter and the Order of the Phoenix

Wednesday, January 10 – Fantastic Beasts and Where to Find Them

“We are delighted to welcome the Harry Potter films to our catalogue of award-winning original programming and crowd-pleasing theatrical films,” Bruce Grivetti, HBO’s executive vice president of business affair and president of film programming, said in a statement, according to Entertainment Weekly. “HBO has a long-standing reputation as the home of the best classic and recently released Hollywood movies, and having the Harry Potter franchise furthers our objective to bring quality entertainment to our subscribers across all of our platforms.”

Will you be watching the Harry Potter films on HBO? Let us know @BritandCo!

Desiree O
Desirée O is a ‘Professional Bohemian’ who loves anything and everything related to the arts, entertainment, and pop culture. She ADORES being a ‘Newsy’ for Brit + Co, covering all of the latest tidbits of awesomeness that you want to read about. When she’s not writing, she’s either making messy art, going on long adventurous walks with her camera, or poking around over at bohemianizm (http://www.bohemianizm.com/). You can find out about Desirée O and her work at http://DesireeO.com/ or follow her on Twitter @DesireeO.
Harry Potter
Movies
Harry Potter
More From Movies