Some Hatchimals Are Saying Some Pretty NSFW Things 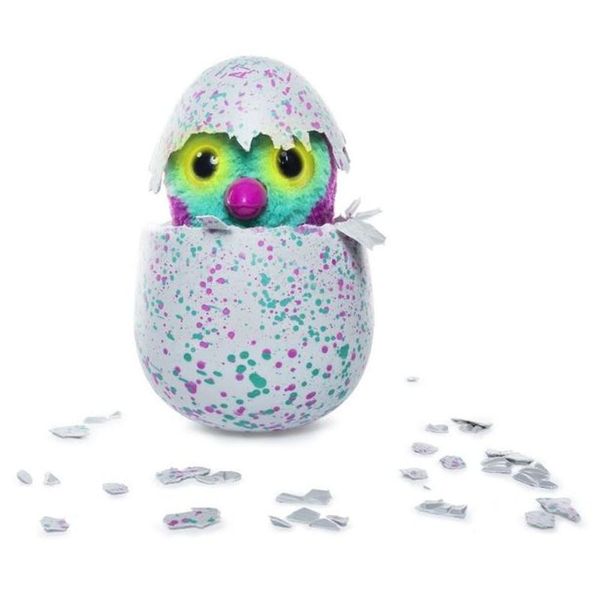 Did anyone in your family get a Hatchimal this year? They’re the most popular toy of the season, so it may be difficult to get your hands on one at the moment, but those who were lucky enough to snag one of the little creatures may have a surprise in store. And they may not like it. At all. That’s because some folks are claiming that their Hatchimal has a very dirty mouth. As in… IT SWEARS!

That’s right, when the little baby finally emerges from its shell, you’re tasked with taking care of it as it goes about its faux-life. But some parents aren’t too pleased about the totally NSFW behaviour the Hatchimals engage in once they’re asleep. That’s because when the toys start snoring and kinda talking in their sleep, they sound like — well, er, they sound like they’re saying, “F*ck me.”

And it’s not just one naughty critter out of the bunch. There are quite a few that have a foul mouth.

Do you think the Hatchimals are swearing or are people just hearing things? Tweet us @BritandCo!

Desiree O
Desirée O is a ‘Professional Bohemian’ who loves anything and everything related to the arts, entertainment, and pop culture. She ADORES being a ‘Newsy’ for Brit + Co, covering all of the latest tidbits of awesomeness that you want to read about. When she’s not writing, she’s either making messy art, going on long adventurous walks with her camera, or poking around over at bohemianizm (http://www.bohemianizm.com/). You can find out about Desirée O and her work at http://DesireeO.com/ or follow her on Twitter @DesireeO.
toys
Most Recent
toys